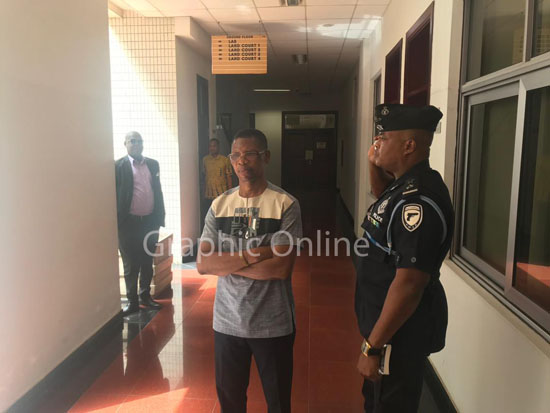 The 10 persons alleged to have plotted to destabilise the country have been granted bail in the total sum of Ghc18 million after being charged with high treason.

The punishment for high treason is death.

They were previously on trial on charges of abetment to treason felony and treason felony, which carried a maximum sentence of life imprisonment.

The Attorney-General (A-G) however, filed a nolle prosequi in that particular case and then brought them back to court Saturday, April 24, and charged them with high treason.

The case is before a three-member panel of the Accra High Court, presided over by Justice Afia Serwaah Asare-Botwe.

Bail
Two of the accused persons - ACP Dr. Agordzo, and Colonel Samuel Gameli were each granted bail in the sum of GHS1 million with two sureties, with one to be justified.

The two have been charged with abetment of high treason.

They were each granted bail in the sum of GHS2 million with two sureties to be justified.

A-G’s case
The A-G, Mr Godfred Yeboah Dame, was in court Saturday to present the case against the 10 individuals.

He accused them of being part of a group known as Take Action Ghana (TAG), a non-governmental organisation (NGO) which is alleged to have planned to embark on demonstrations against the government and “possibly take over the government.”

The A-G also told the court that a map found in the possession of the accused persons showed some important state installations, such as the Jubilee House, the Ghana Broadcasting Corporation (GBC), Burma Camp, the 37 Military Hospital and the National Police Training School, which it had targeted.

With regard to ACP Dr Agordzo, the A-G said he donated GH¢2,000 to TAG to aid its cause and also drafted a speech for Dr Mac-Palm to be read at the planned demonstration by TAG.

Writer’s email
This email address is being protected from spambots. You need JavaScript enabled to view it.