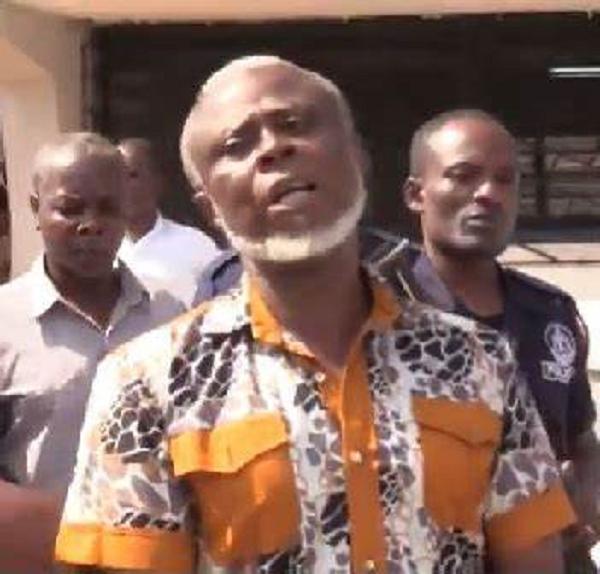 This came up when counsel for Dr Mac-Palm, Mr Ephraim Vordoagu, took his turn to cross-examine the third prosecution witness, Staff Sergeant Awarf Sule, regarding some videos that had been admitted into evidence by the Accra High Court.

“Watching the video clips closely, nowhere did Dr Mac-Palm originate or moot the idea of a coup d’etat to overthrow the constitutional order,” Mr Vordoagu suggested to Mr Sule under cross-examination.

The prosecution witness simply replied: “Dr Mac-Palm is the mastermind of the coup”.

In a portion of the video played in open court, the witness was heard asking how much his men would be paid after the alleged coup.

Mr Sule, who identified his voice in the video, explained that it was Dr Mac-Palm who requested that they met to discuss the amount the soldiers would be paid before and after the alleged coup.

The request, according to the witness, was made via Techno mobile phones that had been distributed to them by Dr Mac-Palm.

Counsel, however, suggested to the witness that he (witness) never stated in his evidence before the court that he was acting under instructions.

Dr Mac-Palm and nine other accused persons are in court for allegedly taking part in the activities of Take Action Ghana (TAG), a non-governmental organisation accused by the prosecution of planning to destabilise the country to take over the government.