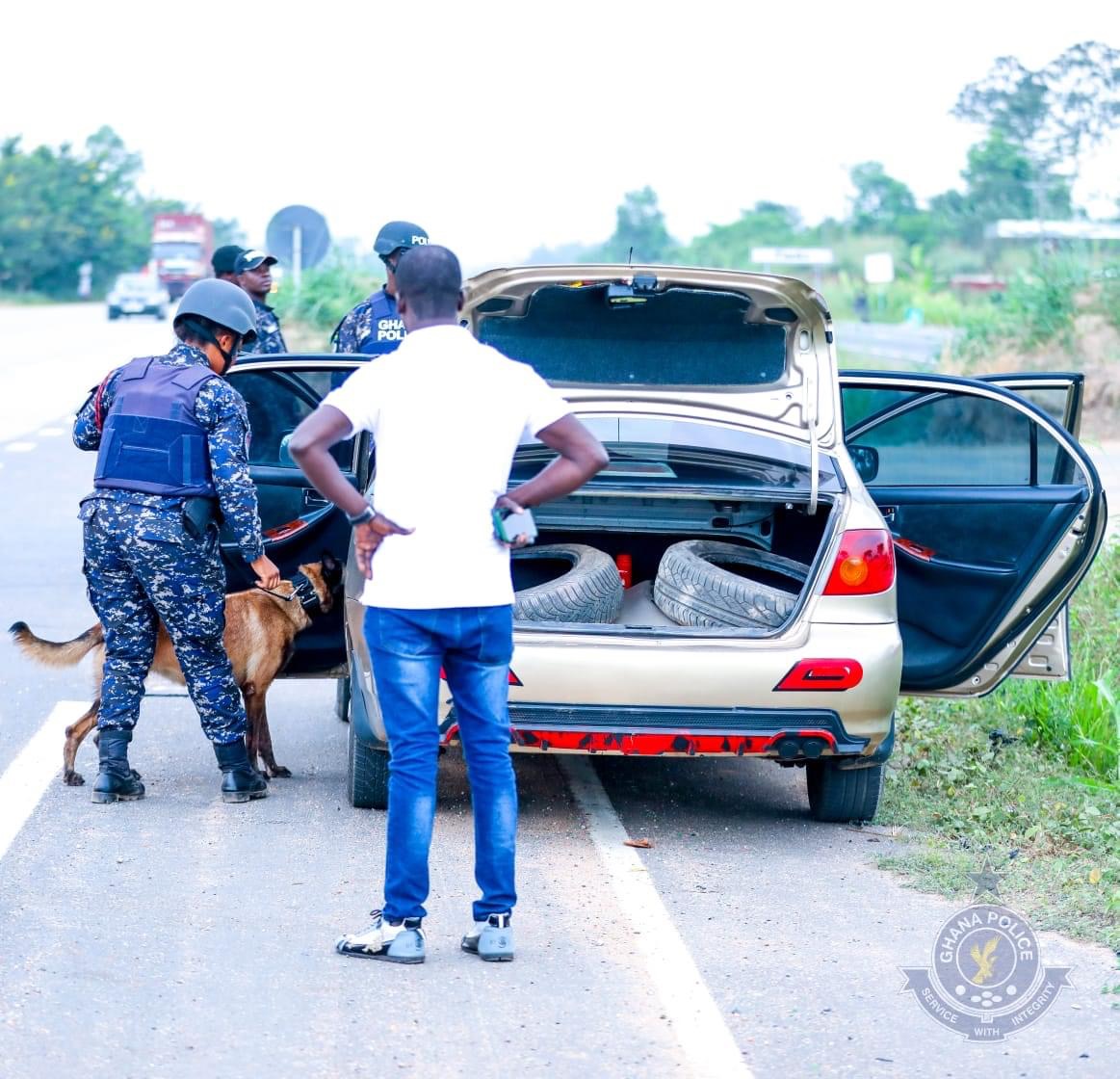 On the allegation of police planting “wee” and cocaine in people’s vehicles during patrols, the police administration has initiated investigations and asked for public assistance, to trace Dr Patrick Asiedu, who made the allegation in the audio doing the rounds on social media.

Dr Patrick Asiedu is needed for further and better particulars to enable the police administration to bring the officers in the alleged misconduct to book.

1. The attention of the Police Service has been drawn to an audio tape in which it is alleged some Police officers planted substances suspected to be narcotics in a vehicle of a member of the public and attempted to extort money from him.

2. The Police Administration immediately launched investigations into the matter and our initial checks at the stations mentioned in the audio, East Legon and the Accra Central Police Stations, have revealed that no such complaint had been made there.

3. As part of the investigation, the Police have also contacted the Narcotics Control Commission and the Ghana Armed Forces and both institutions have indicated that no such incident has come to their attention.

4. The investigation is still ongoing, and so far, all efforts to identify the victim of the alleged incident, the said Dr Patrick Asiedu have been unsuccessful. We, therefore, wish to entreat the victim and any other person with relevant information on the incident to contact telephone number 0200416540, to assist the Police investigations. This is a temporary number dedicated solely to this investigation.

5. We would like to assure the public that the Police Service in its quest to become an institution worthy of respect and trust in the country, and a reference point for the rest of the world, will not condone any unprofessional conduct among its officers and the Service is determined to get to the bottom of this matter.

6. We would like to once again, urge the public to continue to support us in our transformational journey. 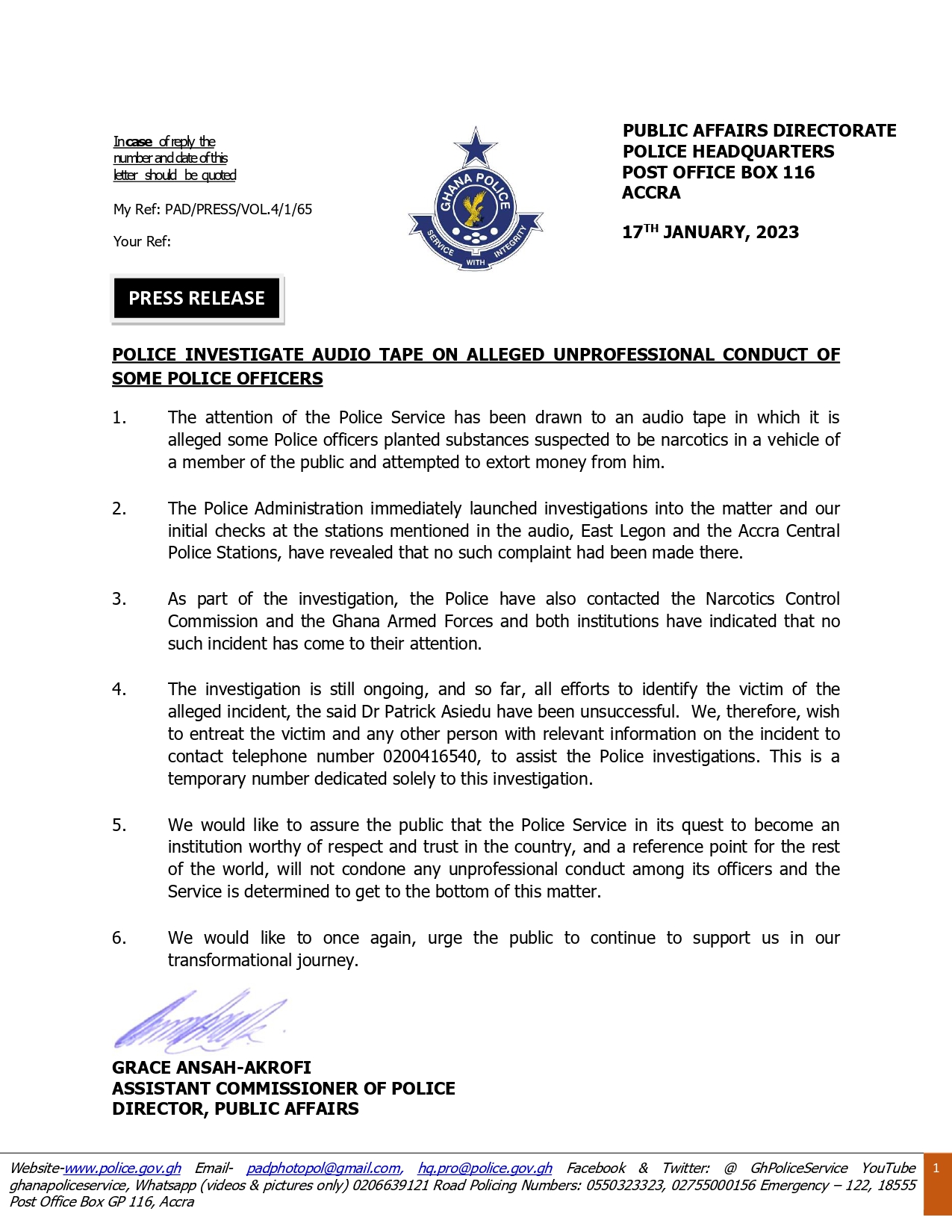