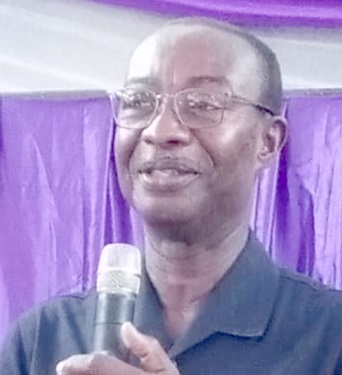 The All Nations University (ANU) in Koforidua in the Eastern Region is currently seeking accreditation for the study of Bachelor of Science (BSc) in Emergency Medicine Technology to train qualified paramedics to support the healthcare sector.

The university has also applied for accreditation to mount a Master of Science (MSc) in Cybersecurity programme to underpin Ghana's quest for a digital economy with skilled cybersecurity experts.

The President and Founder of the university, Dr Samuel Donkor, made this known at a matriculation ceremony at the university's campus last Saturday.

In all, 535 fresh students made up of 273 males and 262 females took the matriculation oath.

The ANU, Dr Donkor stated, benefited tremendously from partnerships with world-class universities and that had given it an edge over many institutions locally.

He said the ANU had become the first university in the Sub-Saharan Africa to design and build a Cube Sat, which was successfully deployed into orbit by the National Aeronautics and Space Administration (NASA).

Dr Donkor indicated that it was the university's quest to be innovative with technology that it was now seeking accreditation for the new academic programmes.

He told the matriculants that since they had become part of a group of elite students in one of the best universities in the country, they had all the resources to succeed.

He, however, said success did not come easy as such, they should study hard to become above average students to succeed in life.

According to the university president, professional career of the students depended heavily on their alma mater (ANU), which they should project positively on social media to have a huge impact on their future after leaving the university.

Projecting the ANU, he explained, would make the students great in the future.

On sports on campus, Dr Donkor said a soccer pitch had been graded as well as the provision of basketball and other recreational centres in the university.

That, he said, would be used by the students of which the Students Representative Council (SRC) was planning to provide seats to make the place the main hub for sports, entertainment and recreation.

The National Disaster Management Organisation (NADMO), he further indicated, had also planted shady groves at the university's entrance for recreation and leisure and that enough park benches would be provided for meditation and learning.