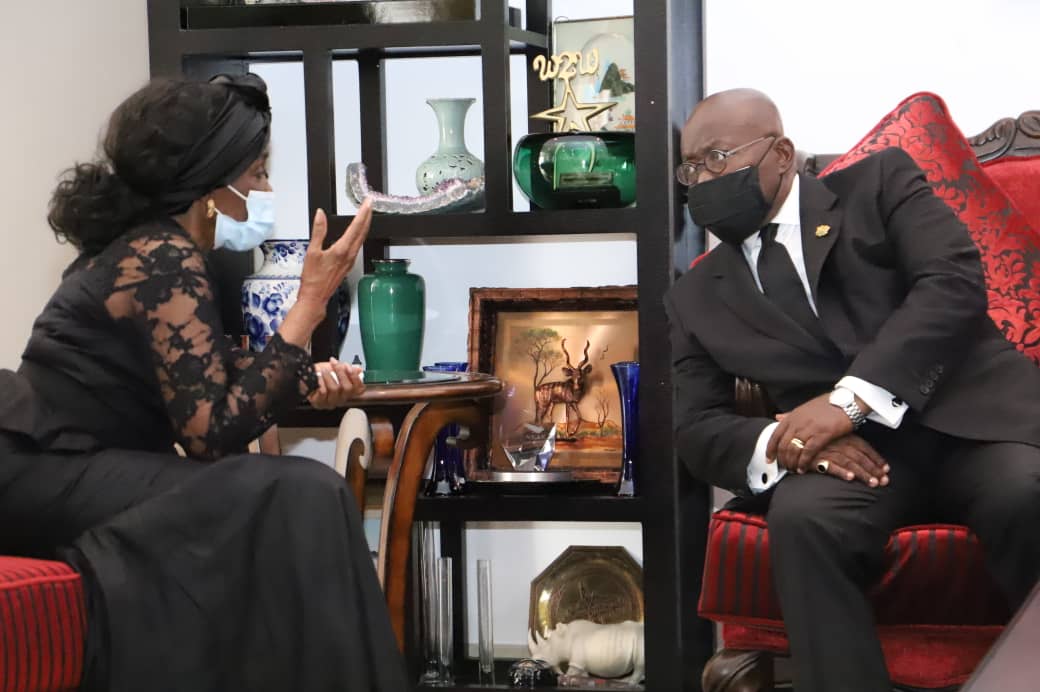 President Nana Addo Dankwa-Akufo-Addo on Friday morning visited Nana Konadu Agyeman-Rawlings to to commiserate with her and the family on the death of the former President Jerry John Rawlings.

President Akufo-Addo led a government delegation to the Ridge residence of the former president following an official communication of the death to the government on Thursday evening.

The Vice President, Dr Mahamadu Bawumia and his wife Samira were also with President Akufo-Addo.

J.J. is gone: Nation in tears

Shock waves reverberated across the length and breadth of the country late Thursday morning as the disturbing news of the demise of former President Jerry John Rawlings broke.

The former President, who had ruled the country from 1981 to 1992 as Chairman of the Provisional National Defence Council (PNDC) and from 1993 to 2000 as
a democratically elected President, died at the Korle Bu Teaching Hospital in Accra.

A statement signed by a daughter of the former President, Dr Zanetor Rawlings, requested privacy “at this difficult moment” and gave an assurance that funeral
arrangements would be announced in due course.

Like a thunderbolt, the death of the 73-year-old Rawlings, Ghana's longest-serving Head of State, hit the nation hard and all the heated political activities have
been grounded until further notice.

The President has also directed that all national flags should fly at halfmast throughout the country for the next seven days.

The flag at the Jubilee House has started flying at half-mast.

The presidential candidate of the National Democratic Congress (NDC), former President John Dramani Mahama, has also suspended his six day campaign tour of the Ashanti Region following the death of the founder of the party.

Mr Mahama described the onetime military leader and two-time President of the Fourth Republic as an "iconic leader", and that the NDC needed time and concentration to mourn his passing and celebrate his legacies.

On Friday, 13th November 2020, I paid a visit to the Ridge residence of the former First Lady, Mrs Nana Konadu... 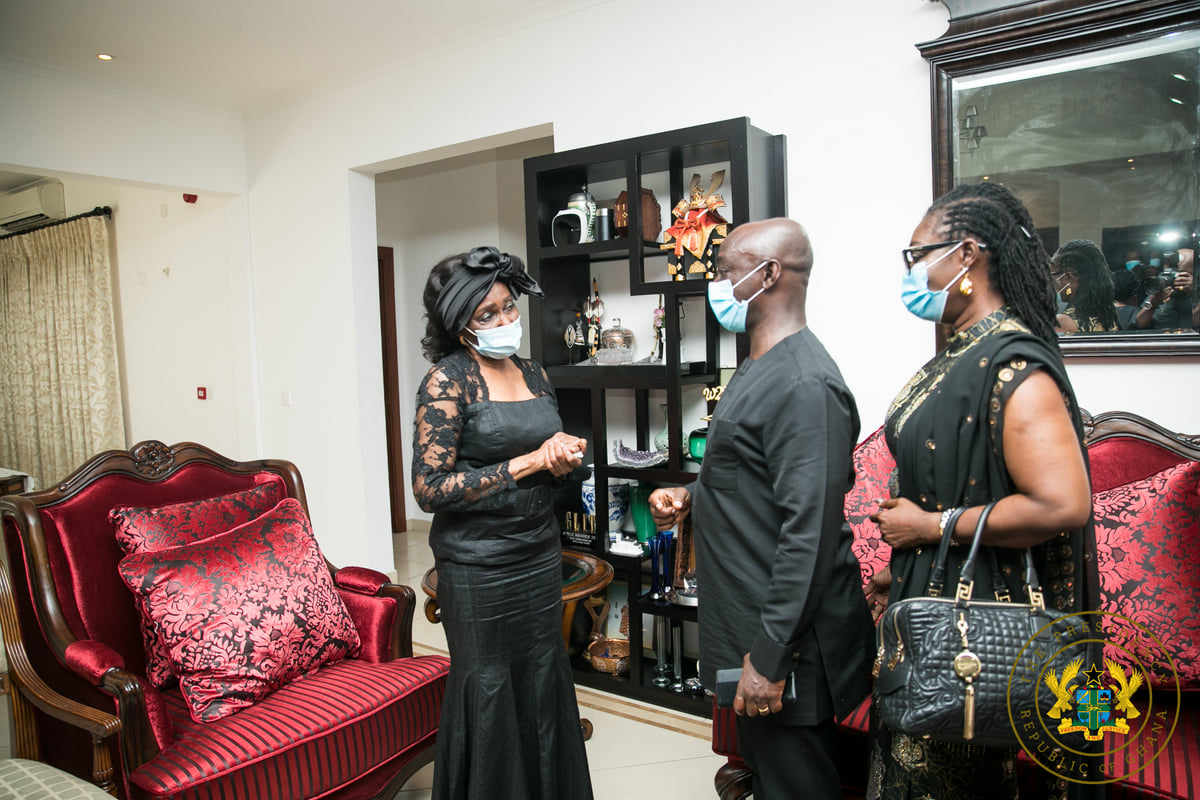 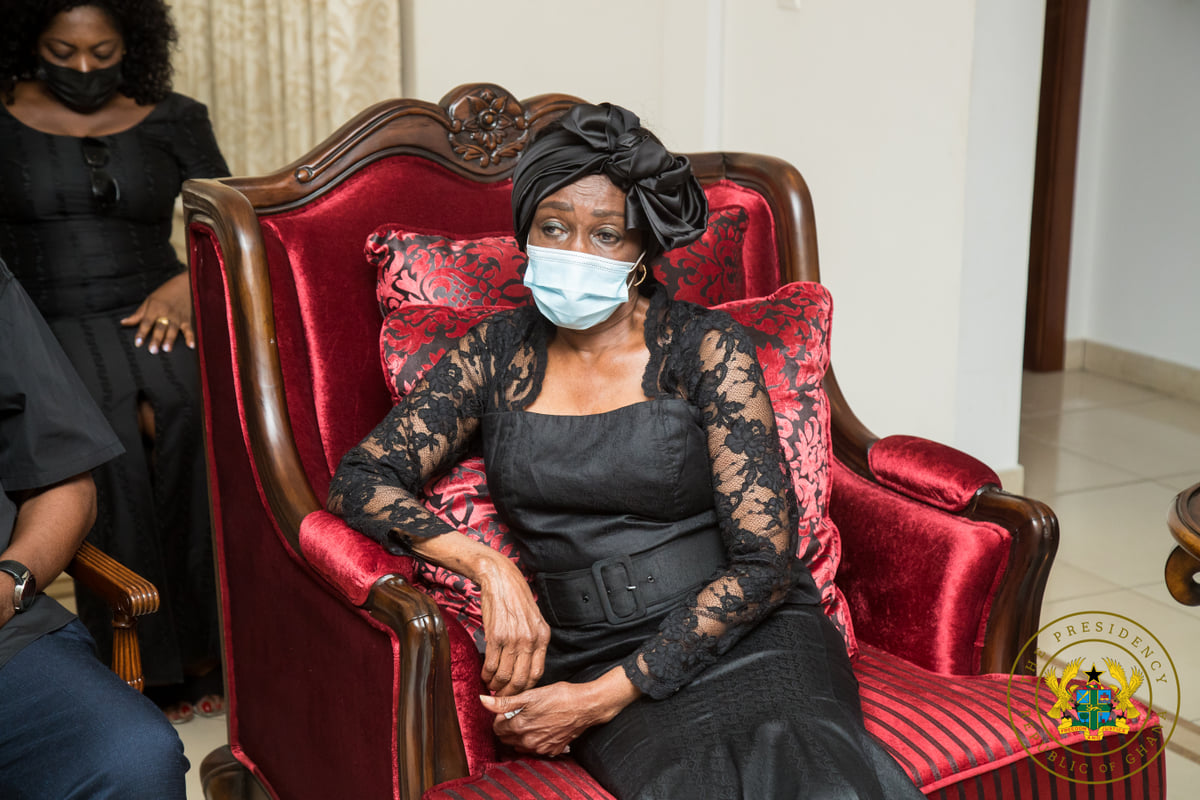