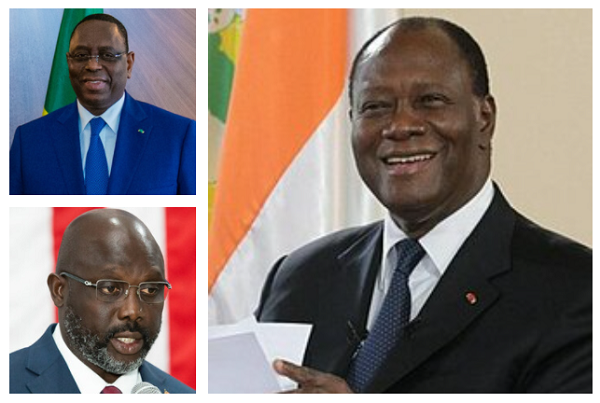 This was disclosed by the Head of the Inauguration Committee and Minister of Foreign Affairs and Regional Integration, Shirley Ayorkor Botchwey on Tuesday, January 5, 2021, at a press briefing in Accra.

She said other countries including Nigeria, Gambia, India and France would be represented by their Foreign Ministers at the ceremony which starts at 11am.

"So far we have several Heads of State and government who have accepted or who are going to be part of the ceremony," Madam Botchwey said.

"Senegal, Cote d'Ivoire, Burkina Faso, Mali, Chad, Angola, Equatorial Guinea, Sierra Leone, Guinea Bissau, Liberia, Guinea, Togo, Niger and the other countries that will be represented, such as Gambia and Nigeria by the Foreign Ministers.

Madam Botchwey in an address also stated in line with Ghana's COVID-19 protocols, all foreign delegations will be required to provide a negative 72-hour PCR test before they are admitted into the country.

Additionally, all participants in the ceremony will be required to keep their face masks on at all times.

"The Committee has been minded by the COVID-19 protocol of social distancing, which will be adhered to. As part of the protocol guidelines drawn up for the ceremony, visiting delegations will be required to provide a negative 72-hour PCR test before they are admitted into the country.

"In this connection, participants in the ceremony will be required to keep their face masks on at all times. Indeed, the need to strictly observe the COVID-19 protocols informed the number of persons which will be accredited to participate in the ceremony. The Committee understands the huge public interest in the ceremony but increasing the numbers will be simply disregarding the COVID-19 protocols, with its attendant dire consequences for the health and safety of everybody. I will therefore wish to plead with the members of the public to follow the ceremony from the comfort of their homes as it will be broadcast live on all major television and radio stations".