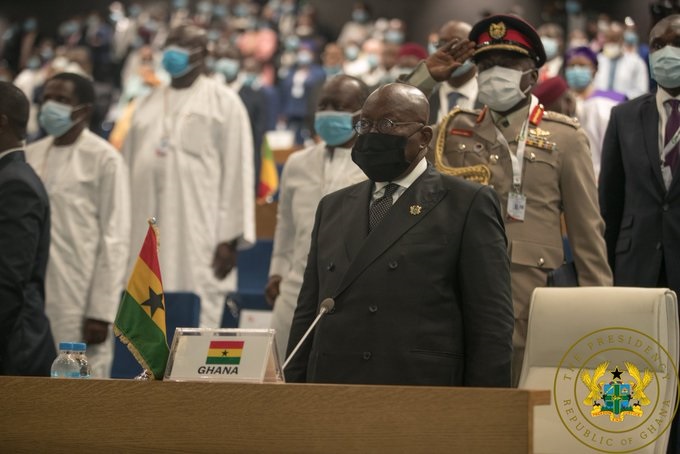 President Nana Addo Dankwa Akufo-Addo has been elected as the new Chairman of the Economic Community of West African States (ECOWAS).

He was elected at the 57th ECOWAS Summit, held in Niamey, capital of Niger and replaces Nigerien President, Muhamadou Issoufour.

West African leaders gathered in the Nigerien capital, Niamey for the 57th Ordinary Session of the Authority of Heads of State and Government of the Economic Community of West African States (ECOWAS).

President Akufo-Addo was elected unanimously by his peers and he will chair the ECOWAS for a period of one year.

Following in the footsteps of his predecessors, Jerry John Rawlings, John Agyekum Kufuor, and John Dramani Mahama, who have enjoyed, in times past, a similar privilege, President Akufo-Addo thanked the Assembly for the honour, and assured that he will do his utmost not to let the side down, and discharge his duties to the best of his abilities.

President Akufo-Addo on Monday, September 7, 2020 led the Ghanaian delegation to the meeting , which is discussing matters pertaining to the COVID-19 situation in West Africa, the ECOWAS Single Currency Programme, and the political impasse in Mali.

ECOWAS has been at the frontline in trying to resolve the political crisis in Mali.

The 75-year-old and his Prime Minister Boubou Cisse were arrested alongside other government officials after the move by the military.

Keita was held in detention for 10 days, with the military justifying the move saying it was necessary for his own security.

He was flown abroad for medical treatment upon his release.

The Minister of Finance in Ghana, Mr Ken Ofori Atta is among Ghana's delegation at the summit. 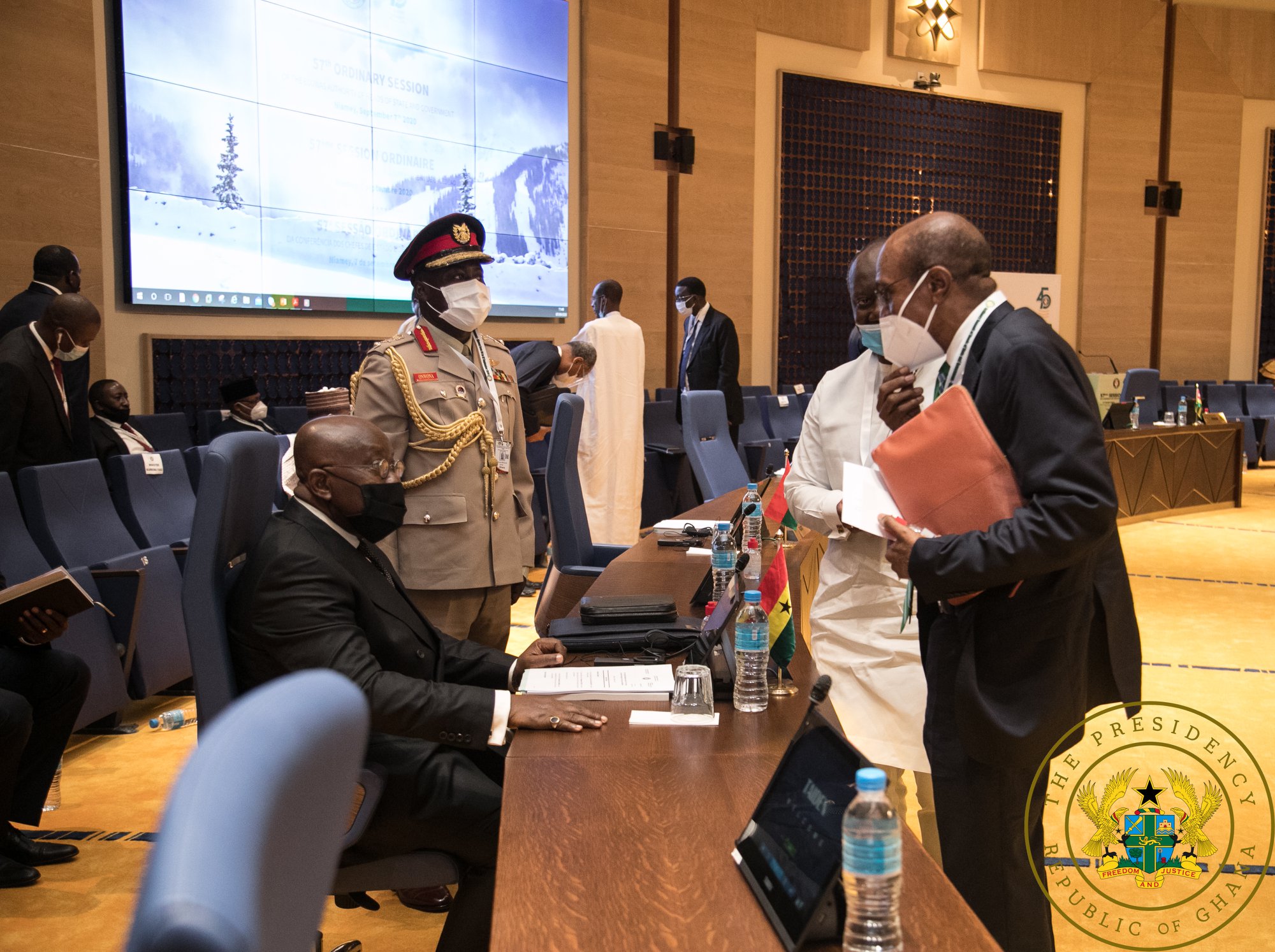 In his remarks , President Akufo-Addo said: “Excellencies, I am fully aware of the challenges which confront West Africa. Past leaders of ECOWAS have demonstrated their collective will and determination to drive the agenda of regional integration, opening up our economic frontiers, encouraging healthy competition amongst Member States, and ensuring that we adhere to our formative principles,” he said.

The President continued, “As much as considerable progress has been made since the establishment of ECOWAS, some forty-five (45) years ago, we are all agreed that there is much more to be done to consolidate the socio-economic and political gains made over the years.”

President Akufo-Addo noted that five immediate challenges face the regional organization of ECOWAS, for which Member States must address.

These, he said, are the continuing activities of terrorists in the Region concentrated, for the time being, in the Sahelian area, involving Mali, Niger, Burkina Faso and the northern parts of Nigeria; the the COVID-19 pandemic, which has attacked the populations and economies of each Member States; the imminent coming into force of the African Continental Free Trade Area on 1st January 2021; the 2020 decision on monetary union within the ECOWAS space; and the consolidation of democratic governance in the turbulent conditions of the Community.

“The challenges, in these critical regional spheres, such as security, economy, trade, currency and health, must be addressed in a spirit of genuine co-operation and solidarity, if we are to succeed in overcoming them, which we can. In so doing, we must protect, at all costs, our freedom and independence of action, so that the development of our Community responds to the needs and aspirations of our peoples, and not to the goals of external agencies and forces. I am confident that, by the grace of God, I can count on the unstinting support of each one of Your Excellencies in navigating the immediate future of our Community,” he added.

The President urged his fellow Heads of State to recognise that the way forward is to implement regional decisions, such as the ECOWAS Trade Liberalisation Scheme, recognising that, ultimately, the benefits are in everyone's interest.

“Those of us who believe strongly in integration can do no better than to give our full support to regional decisions. Through this, we will build institutional confidence and integrity in the structural organs of ECOWAS,” he said.

To this end, he admonished Members of the ECOWAS Community to “collaborate to ensure that we adhere to and maintain common values of governance, i.e. the principles of democratic accountability, respect for individual liberties and human rights, and the rule of law. Such commonality will facilitate immeasurably the process of bonding amongst the peoples of our Community.”

In conclusion, he urged all in ECOWAS to “give enthusiastic support to Community decisions, and build rapidly our Community. Our peoples deserve no less, and the objectives of peace, progress and prosperity will, thus, be within our reach, realising the historic purposes of ECOWAS.”

#Breaking President @NAkufoAddo has just been elected as the new Chairman of the Economic Community of West African States (ECOWAS), at the ongoing 57th ECOWAS Summit, which is being held in Niamey, capital of Niger pic.twitter.com/TBhFzxoBAW