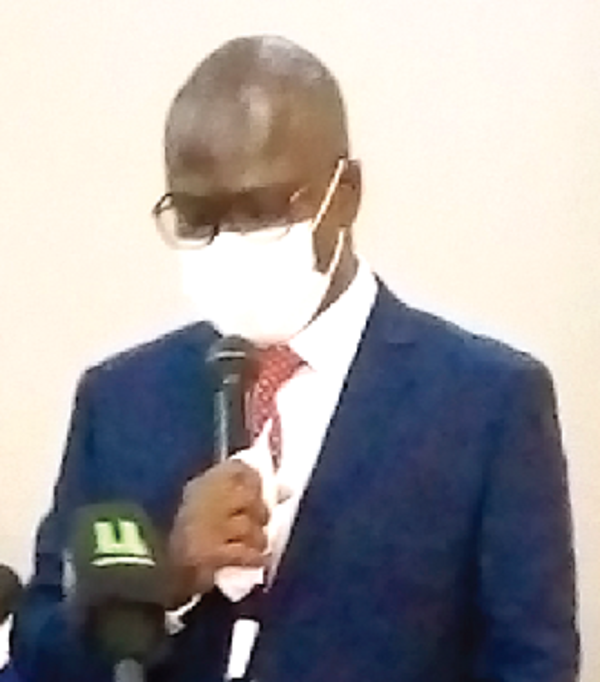 The Volta River Authority (VRA) will from next year implement the Akosombo Smart City Project, which will aim at redesigning the Akosombo town into a resilient city and technology hub, without compromising the environmentally friendly nature of the town.

The project, when implemented, is expected to turn the Akosombo Municipality into an industrial park with data centres and would be a home to global technological companies, which would also become users of clean and sustainable energy resources.

Announcing this at the Annual Conference of Society of VRA Engineers (SOVRAE) on the theme “VRA, 60 years and beyond -leveraging emerging technologies for resilient new VRA,” last Thursday, the Chief Executive of the Authority, Mr Emmanuel Antwi-Darkwa, said as a first step in the novel project, the authority would be introducing electric buses in its transport fleet starting 2022.

He said the Akosombo Smart City Project would employ the use of drone technology services to enhance routine environmental surveys, implementation of an integrated operational data management system which would offer operational and financial data from VRA’s generating station for effective decision-making in the selection of the most efficient plant, for despatch at any point in time, and the installation of enhanced security systems for the Akosombo and Kpong dams and powerhouses.

Other key initiatives, Mr Antwi-Darkwa mentioned, included the deployment of the Digital Transformation and Innovation Project, the Data Centre Refresh Project, the re-implementation of Enterprise Resource Planning (ERP) and the Electronic and Records Management System (ERMS), which would significantly digitise VRA’s internal business communication in the first phase.

The CEO of VRA added that the authority was also leveraging the Microsoft Cloud Project Portfolio Management (PPM) tools to digitise the process of planning, prioritising selection, management and execution of projects for the best return on investments.

He said those projects were just the beginning of the authority’s journey to the more resilient “New VRA” and it behoved the engineers to be at the centre of the innovations and digitalisation agenda, by bringing their professional expertise and experience on board, engaging in research and exchanging ideas with like-minded tech-savvy individuals for the benefit of the authority.

The former Deputy Chief Executive of VRA, Mr Eric Yankah, in his keynote address, advised engineers to look for what would bring the difference between them and other engineers in order to ensure continuity of operations so as to have the capability of seeing the system devoid of disasters.

The President of SOVRAE, Mr Kwaku Sarpong, said the conference was taking place at a time that competition among power industry players had become fiercer and perhaps ruthless than ever envisaged, being spurred on by the overwhelming influence of new technologies.

It was, therefore, imperative that they, the engineers continued to leverage on new technologies to gain competitive edge.

The Founder and Executive Director of Salt and Light Ministries, Rev. Joyce Rosalind Aryee, who chaired the function, stressed the need for VRA engineers to collaborate with other sectors to move the country forward.