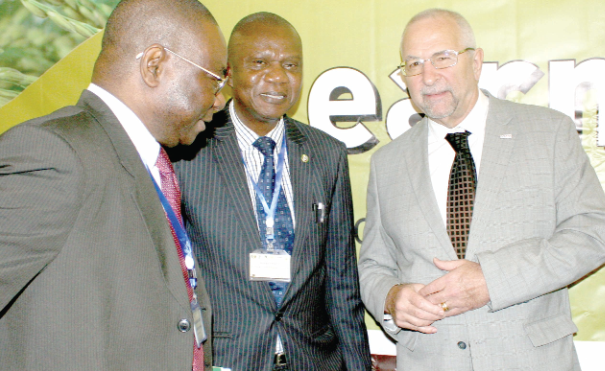 Agriculture experts from West Africa attending a two-day conference on the West Africa Seed Programme (WASP) have lauded the government’s Planting for Food and Jobs agriculture policy, describing it as revolutionary enough to boost productivity in the sector.

At the opening session of the conference in Accra yesterday, the Executive Director of the West and Central African Council for Agricultural Research and Development (CORAF/WECARD), Dr Abdou Tenkouano said it took effective collaboration and partnerships between the private and public sector to carry out the policy.

“Achieving food security and generating jobs in the agriculture sector is not only about planting seeds, rather it must be seen as a business that requires quality inputs,” he said.

WASP
The WASP, which is being funded by the United States Agency for International Development (USAID) and other partners, is targeted at increasing the supply of quality seeds among member countries.

The two-day conference that brought together technocrats in the agriculture sector across the sub-region was to come out with practicable measures that will strengthen collaboration among regional stakeholders on how to grow the seed industry.

In a speech delivered on his behalf at the conference, the Minister of Food and Agriculture (MoFA), Dr Owusu Afriyie-Akoto, said the government would surmount all barriers to ensure that the policy was implemented in a manner that would ensure food security.

“Aside food security, the focus is also to provide job opportunities for the teeming unemployed youth in agriculture and allied areas.”

He said the policy by the government was focused on four key commodities, namely maize, rice, sorghum, soya beans and cowpea.

The minister’s speech, which was delivered by the Deputy Minister of MoFA in charge of Crops, Dr Sagri Bambangi, stressed that the use of improved seeds and modern technology would be the anchor for the policy.

“The policy will also be hinged on promoting the use of fertilisers, provision of dedicated extension services and value addition and marketing strategy, all of which are targeted at promoting the business aspect of agriculture,” he said.

He said the regional initiative to develop and promote the use of quality seeds among member countries was a laudable initiative that would help to reduce poverty, hunger and malnutrition in line with the sustainable development goals (SDGs).

The Director of the West Africa Mission of USAID, Mr Alexandre Deprez, said the way forward to improving agricultural productivity in Africa was for regional collaborations to be strengthen.

“Improving agriculture productivity and food security is key to the development aspiration of African countries, but this can only happen when there are quality seeds,” he said.