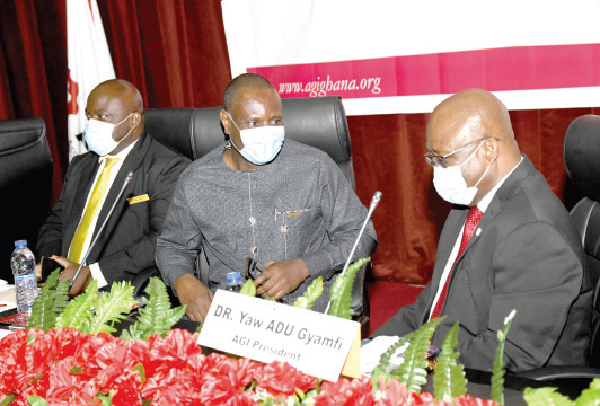 The Association of Ghana Industries (AGI) has commended the government for suspending the discount imposed on benchmark values for imports, as contained in the 2022 budget.

According to the association, the reversal of the policy was a bold action that would support Ghana’s industrial drive and further boost the government’s Ghana Beyond Aid agenda.

In line with that, the AGI has called on the Ghana Union of Traders Associations (GUTA) to lend its support to the government and resort to dealing in Ghana-made products.

The President of the AGI, Dr Yaw Adu Gyamfi, who made the commendation at the 61st annual general meeting (AGM) of the association in Accra yesterday, said the imposition of the discount ran counter to Ghana’s industrial development agenda and, for that matter, the government’s own effort at industrialising the country.

The discount on benchmark values on selected products was introduced in April 2019, in spite of pressure from some members of the AGI who import finished products into the country.

Dr Gyamfi, however, explained that the policy had not been totally scrapped, but rather reviewed for selected products which were produced locally.

The Chief Executive Officer (CEO) of the AGI, Mr Seth Twum- Akwaboah, said Ghana was blessed to have hosted the Secretariat of the African Continental Free Trade Area (AfCFTA), which would enable the AGI to secure a firsthand functional administrative protocol.

“As the government is providing the needed policies and programmes, the AGI is leading the advocacy and engagement for effective actions to ensure businesses reap full benefits from AfCFTA.

“We just returned from the Intra-African Trade Fair in Durban, South Africa, and I must say the euphoria surrounding the AfCFTA is tremendous,” he said.

“We must innovate, collaborate and digitalise, using our capital, expertise and influence to create markets and opportunities, especially in the areas where we have competitive advantage,” the CEO added.

The Minister of Trade and Industry, Mr Alan Kyerematen, expressed the commitment of the government to develop a solid industrial sector to generate wealth, create jobs and reduce poverty.

“The ministry, as part of measures to reposition the private sector to be competitive, is pursuing the industrial transformation agenda, with special focus on the One-District, One-Factory (1D1F) agenda,” he said in a speech read on his behalf by one of his deputies, Mr Michael Okyere Baafi.