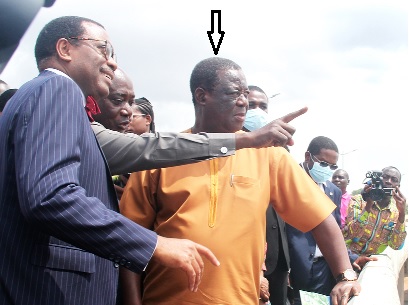 The President of the African Development Bank Group, Akinwumi Adesina, has applauded President Nana Addo Dankwa Akuffo-Addo and the Minister of Roads and Highways, Kwasi Amoako-Attah, for the judicious use of the $83.9 million loan facility that was extended to the government for the construction of the Pokuase interchange.

He said the project, which was partly financed with the $83.9 million loan from the bank, was impressively executed under the Accra Urban Transport Project (AUTP).

The four-tier interchange is the first of its kind in West Africa and the second of the kind on the continent.

“It was originally supposed to be two-tier, but you realised that you could make it four, and, therefore, expanded it; and that is impressive,” he said.

Dr Adesina made the remarks yesterday when he inspected the interchange in the company of the Minister of Roads and Highways, Kwasi Amoako Atta.

Dr Adesina explained that the expansion of the interchange was a testament to how the government had been able to make good use of the bank’s resources.

Beyond that, he said, the interchange would reduce the time and cost of travelling, and impact the economy, including reducing the cost of the maintenance of vehicles, adding that “when the roads are bad, cars break down”.

Dr Adesina also commended Ghanaians for the hospitality extended to him and his team on their visit.

He also called on the government to give equal opportunities to women, insisting that “should Africa support women, the continent will take off”.

The AfDB President also commended the government for the timely completion of the four-tier interchange. 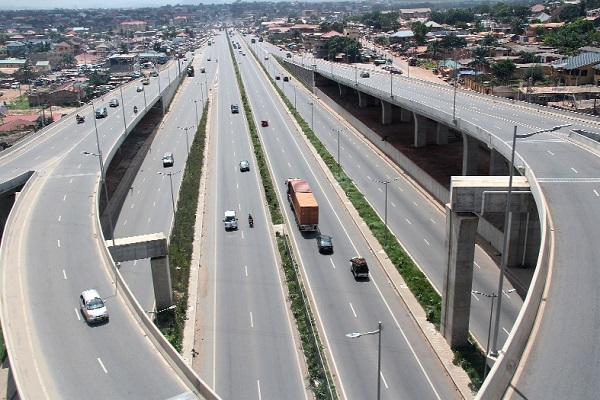 “This project was started in 2018, and it was completed in three years. I must say that such things do not happen in a lot of places,” he said.

Mr Amoako-Attah said the interchange had improved mobility on the Accra-Nsawam section of the Accra-Kumasi highway and had resulted in a 37 per cent decrease in vehicle operating cost, reduced travel time from two hours to 30 minutes, and reduced road accidents by 40 per cent at the ACP Junction, near Pokuase.

He said the project had also improved opportunities for local businesses and reduced vehicle operating cost in the area — inhabited by more than 200,000 people.

The minister commended the bank for the support and urged its leadership to continue to support the government in the expansion of the country’s physical infrastructure.

The four-tier Pokuase interchange is accessed by a daily traffic volume of more than 50,000 vehicles, according to data from the ministry.