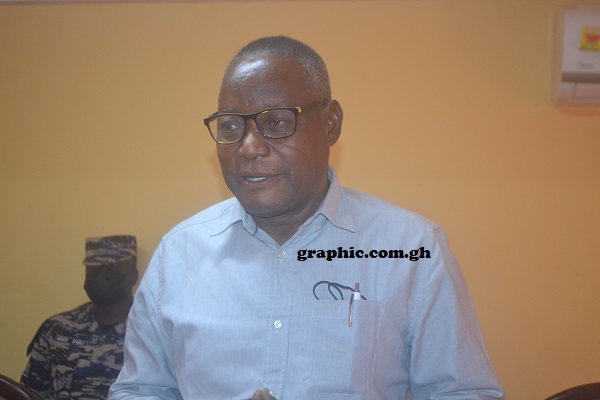 The Bolgatanga Municipal Assembly in the Upper East Region has banned children from nightclubs, pubs, drinking bars and other public places and gatherings reserved for adults.

The move is to address the increasing spate of teenage pregnancy cases in the municipality as well as the high rate of absenteeism among school pupils leading to abysmal performances in examinations, especially in the Basic Education Certificate Examination (BECE)

In a statement, the assembly said it was concerned about the worrying phenomenon of minors frequenting nightclubs, drinking bars and pubs.

It noted that complaints had been received from the general public concerning the negative impact of children actively patronizing and being present at events such as funeral grounds and graduation ceremonies which tend to be all-night affairs.

It said, “These developments were having a very negative impact on school-age children and greatly contributing to the high and increasing teenage pregnancy and truancy among school pupils".

It explained that the municipal assembly had taken a serious view of the situation and decided to enforce the necessary by-laws to protect the young and upcoming future generations for the benefit of society.

The statement said, “henceforth, minors or children were prohibited from attending night clubs and that owners of night clubs have a responsibility to ensure that no minors attend or are prohibited to hang around their premises".

It noted further that owners of drinking bars, pubs, restaurants and managers were to ensure that minors were not engaged to serve customers beyond 7 pm, adding that “security personnel would pay surprise visits to enforce these directives by the assembly”.

It added that any nightclub, restaurant or pub found to be violating the by-laws risks having its facilities shut down to serve as a deterrent to others, stressing “similarly, organisers of funerals and graduation ceremonies for artisans who allow minors to participate or hang around such events into the late hours would have their events halted by the security personnel".

“In addition, offenders would be prosecuted to face the full rigours of the law. Therefore, we appeal to all stakeholders to cooperate towards the current situation in the municipality” the statement concluded.

Confirming the decision in an interview with the GraphicOnline today, the Municipal Chief Executive (MCE) Rex Asanga, said the management of the assembly had been inundated with complaints about the activities of minors, particularly at nightclubs and pubs in the municipality.

He noted that prior to the announcement of the decision, management of the assembly engaged operators and owners of such facilities who pledged to comply and not allow children access to their premises.

He said, “the district assembly is very particular about the decision taken and that any operator or event organizer who goes contrary to it will have his or her facility closed down to protect the lives of children in the area”.