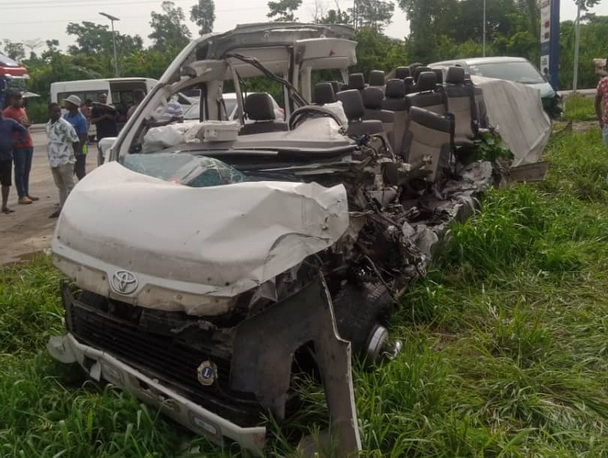 The Toyota Hiace minibus after the accident Follow @Graphicgh

A road accident on the Accra-Kumasi highway Monday morning has resulted in the death of five people.

Their vehicles reportedly crashed between the Apedwa and Bunso junction of the highway.

Five people out of a total of 13 passengers on board a Toyota Hiace minibus died on the spot, the Eastern Regional Police Public Affairs Officer, DSP Ebenezer Tetteh has confirmed.

He said the accident happened near Akyem-Birimso.

The bus they were traveling in reportedly veered off the road and crashed into the rear side of an articulated DAF truck.

Seven other persons on board the Toyota minibus who sustained injuries are currently receiving treatment at a hospital in Osiem.