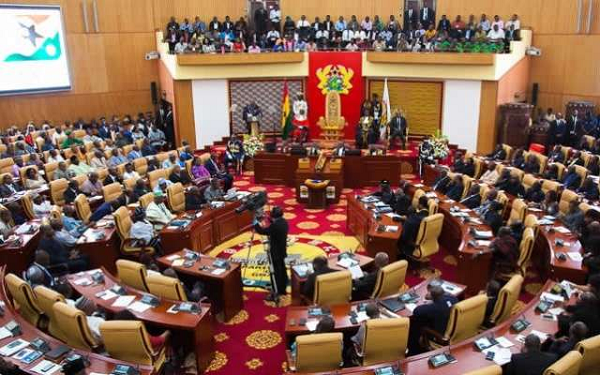 More than 60 Members of Parliament (MPs) have failed to comply with the Speaker’s directive to undergo a compulsory COVID-19 screening being initiated by the Parliamentary Service Board.

The Speaker of Parliament, Mr Alban Sumana Kingsford Bagbin, who disclosed this in Parliament yesterday, therefore, warned members of the House to subject themselves to the COVID-19 testing, as some members had tested positive.

“My directive for all members to subject themselves to COVID-19 test has not yet been complied with by over 60 Members of Parliament. It is true, as the Majority Leader has stated, that we are all not safe.

“Even in the House some members are afflicted by COVID-19. You may not know who the person is because of the protocols and issues of confidentiality; we are not to disclose those who are now COVID-19 positive but we have some of us in that category,” he stated.

Mr Bagbin, therefore, expressed the hope that members of the House would take advantage of the initiative to get tested, not just for your good but for the good of all members of your family, friends, your colleagues in the House and the general public.

The Speaker revealed these after the Majority Leader, Mr Osei Kyei-Mensah-Bonsu, said that cases of COVID-19 in Parliament were rising.

He, therefore, pleaded with colleague MPs to take urgent steps to protect themselves and stop the cases from escalating.

“I think, ultimately, we want to make the place safer for all of us which will inure to the benefit of the nation,” he said.

Responding to the concern, the Speaker expressed worry about the wanton disregard for COVID-19 protocols in the House by some MPs who did not take the physical distancing protocols seriously.

“When I was entering the Chamber today, I personally had to signal some members to respect the physical distancing protocol and I saw them move immediately apart; so, members should take the protocols seriously,” Mr Kyei-Mensah-Bonsu said.

He told the House that cases of the disease had resurfaced and were rising fast, saying that “I don’t want to be compelled next week to read out the names of those who have not complied with the directive”.

“So this is the last call I want to make on members because the team from the Noguchi Memorial Institute for Medical Research will be available on Monday and Tuesday to screen both parliamentary and support staff,” he said.

"All other visitors who have no business to transact in Parliament will not be permitted in the precincts of Parliament," he indicated.

Earlier, the MP for North Tongu, Mr Samuel Okudzeto Ablakwa, expressed worry at the manner in which voting procedures in the House were relaxed the day before, after a debate on a Private Member’s motion.

He, therefore, hoped that Parliament would implement measures and put in place the necessary technology that would allow MPs to take part in decisions made by the House.

The MP for Daffiama Bussie Issa, Dr Sabastian Sandaare, said while the Business Committee had called for limitation of visitors to Parliament, members of the House must comply with social distancing protocols.

He also expressed worry over the poor state of washrooms in the offices of MPs and the Chamber due to occasional lack of soap and tissue as well as irregular flow of water.

"Just limiting visitors is one aspect but the facilities to ensure that we wash our hands very well must also be part of the measures to be taken to stop the spread of the virus,” he said.

The Minority Leader, Mr Haruna Iddrisu, told the House that the COVID-19 situation in the country was worrying, as the country had recorded about 62,751 cases and active cases of 3,813, with 377 deaths.

He, therefore, asked for urgent briefing from the Business Committee on what Parliament was doing “if we have to self-isolate and take that critical decision to curb an upsurge.”

The Minority Leader lamented the manner in which during the debate on the Private Member’s motion the day before yesterday, majority of MPs disregarded the social distancing rule.

“We have a difficulty in choosing constitutional obligations and working to avoid the upsurge of COVID-19,” Mr Iddrisu said.

He informed the House that the Parliamentary Service Board was working to deploy Internet connectivity to enable members to vote from their offices or from the comfort of their homes.

Last May, during the sitting of the second meeting of the fourth session of the Seventh Parliament, MPs and staff of the Parliamentary Service were made to undergo COVID-19 testing.