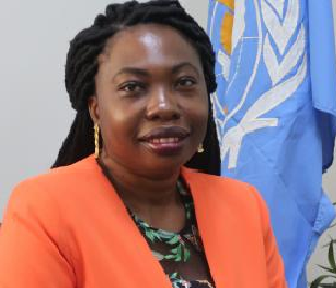 About 6.2 million children under five years across the country have been reached with the polio vaccine between September 2019 and October 2020.

The exercise falls under the national supplementary immunisation against polio.

The acting World Health Organisation (WHO) Country Representative to Ghana, Dr. Neema Rusibamayila, who made this known, said WHO was determined to support the government to battle the disease to the fullest.

At a fund-raising breakfast meeting organised by the Rotary Club of Accra Airport (RCAA) last Thursday, October 22, 2020 to raise funds to support the national polio eradication programme, she congratulated the government, health workers, community leaders, the media and other stakeholders for the achievement.

The national immunisation programme forms part of the Global Polio Eradication Initiative (GPEI), which is a public-private partnership led by national governments with five partners — WHO, Rotary International, the US Centres for Disease Control and Prevention (CDC), the United Nations Children’s Fund (UNICEF) and the Bill and Melinda Gates Foundation - with the goal to eradicate polio worldwide.

The GPEI is financed by a wide range of public and private donors, who help meet the costs of the initiative’s eradication activities implemented by WHO and UNICEF in partnership with countries and Gavi, the Vaccine Alliance.

Between 1988 and 2018, over $17 billion has been provided by over 100 public and private sector donors towards this course.

Dr. Rusibamayila said although polio, which is a crippling and potentially fatal infectious disease, has no cure, there were safe and effective vaccines.

“The strategy to eradicate polio is therefore based on preventing infection by immunising every child until transmission stops and the world is polio-free,” she stated.

The acting WHO representative said since 1988, wild polio virus cases had decreased by over 99 per cent, from an estimated 350 000 cases in more than 125 endemic countries then, to 176 reported cases in two endemic countries in 2019.

Dr. Rusibamayila said in August, 2019, Ghana confirmed a case of circulating vaccine-derived poliovirus Type 2 (cVDPV2) in a two-years-nine-months old girl from the Chereponi District in the North East Region.

Following that, the Ministry of Health declared public health emergency of national concern.

Globally, a total of 26 countries have reported outbreaks of cVDPV2.

Dr. Rusibamayila observed that In 2019, 46 districts in 10 regions in Ghana vaccinated less than 80 per cent of children in their target population with the polio vaccine.“

“Challenges such as reaching hard-to-reach areas and difficult-to-convince populations, inadequate means of transportation for service delivery etc. account for such low coverage rates,” she said.

She congratulated Rotarians all over the world, the Rotary Club of Ghana and the Ghana National Polio Plus Committee of Rotary International for the continued and dedicated support to get polio out of the world.

The President of Rotary Club of Accra Airport, Nana Gyamfi Acheampong, said polio and its debilitating effect on children, compelled Rotary to go in to support efforts at eradicating the disease.

“Rotary Club of Accra Airport in support of this global project launched Arise for Polio Fund-Raising Breakfast Meeting two years ago. This project has been sustained for three years now as our flagship project to constantly remind members of the club and our partners of the determination of Rotary International to eradicate Polio,” he said.

He said in September and October this year, Rotarians were in the communities to immunise children under the age of five years against polio.