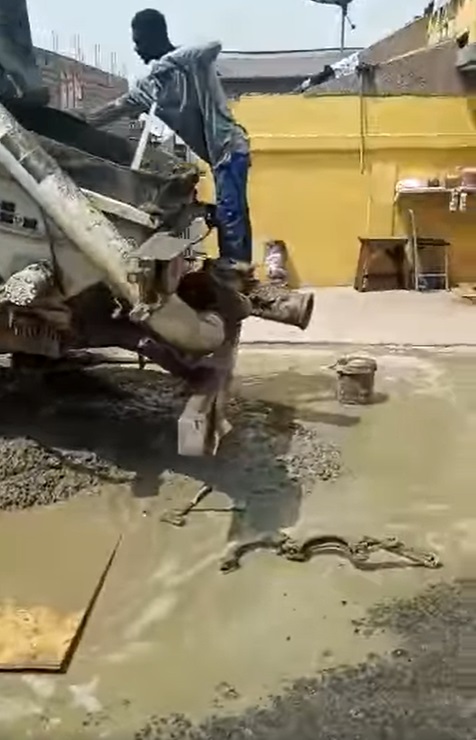 A driver and two supervisors who were arrested on Tuesday, January 25, 2022, for spilling concrete at Abavana Junction along the Pigfarm-Circle stretch in Accra have been convicted by a court.

The trio were put before the court on Thursday, January 27, 2022, and convicted to pay fines.

The first accused, Tahiru Faisal who is the driver of a Ford Concrete Pump Truck was convicted to pay a fine of GH₵2,400.

"We continue to advise motorists to abide by the road safety regulations at all times. Anybody found culpable will be prosecuted," the Police said in a statement.

The Ministry of Roads and Highways in December 2021 formed a committee to deal with truck drivers who spill pre-mixed concrete on roads and in the environment.

The committee comprises representatives of the ministry, the Motor Traffic and Transport Department (MTTD) of the Ghana Police Service and the Chamber of Construction Companies and has the mandate to stop the spillage of concrete on roads and the environment and bring offenders to book.