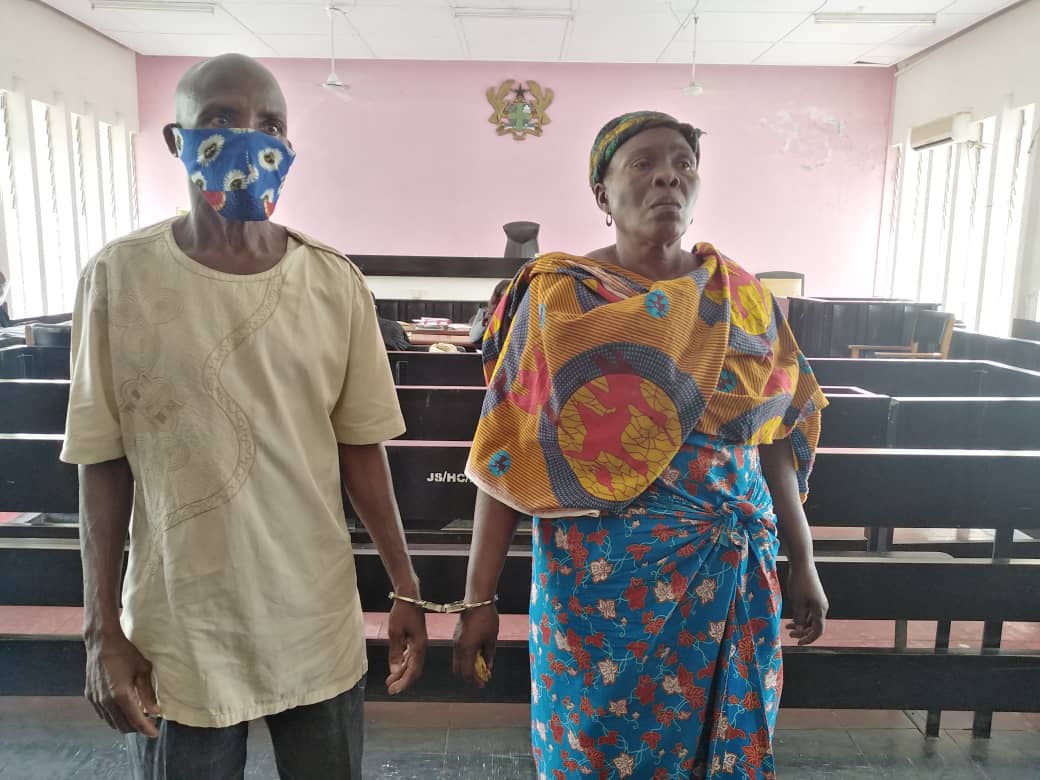 Two persons have been sentenced to a total of 34 years for trafficking nine children in the Volta Region.

In two different cases before the Ho High Court, the two, Aku Kedevi, a fish monger, and Michael Boti, a fisherman, were sentenced to 18 and 16-year jail terms, respectively, after they had been found guilty of trafficking the nine children from different areas in the region to engage them in fishing activities on the Volta Lake.

In the first case, the two were accused of trafficking two brothers, aged 15 and 9 years, from Gbi Wegbe, near Hohoe, to Akpoklikope Island on the Volta Lake, while in the second, they were tried for trafficking seven children between the ages of 9 and 16 from Ehi, near Dzodze, to the said island for the same purpose.

Kedevi is said to have deceived the parents of the victims that she was sending them to school, only to hand them over to Boti for fishing activities for a fee.

In both cases, the two were charged with conspiracy to commit crime, to wit, human trafficking.

Boti, however, faced two additional charges of use of a trafficked person.

According to the prosecution, led by a State Attorney and Focal Person for the Prosecution of Human Trafficking cases in the Volta and the Oti regions, Mr Andrews D. Adugu, on May 16, 2018, the police conducted an intelligence-led operation, in collaboration with the International Justice Mission (IJM), an NGO, to rescue the victims from the said island.

In the course of investigations, the victims mentioned Kedevi as the one who went to deceive their parents of sending them to school but failed to honour that promise.

Although the convicts had pleaded not guilty to the charges, the prosecution told the court that they had admitted recruiting the children for the purpose of fishing, instead of taking them to school.

Evidence adduced in court showed that Kedevi got paid for the services the children rendered to Boti.

After a two-year trial, the court, presided over by Justice Eric Baah, found them guilty of all the charges.

Kedevi is to serve jail terms of eight and 10 years, respectively, for the two cases, while Boti is to serve an 8-year jail term for each case.

In addition to the sentences, they are to pay compensation of GHc5,000 to each of the victims.

The court further ordered the Ministry of Gender, Children and Social Protection and the Department of Social Welfare to make the necessary arrangements for victims’ custody, welfare, education and training.

Delivering his judgement, Justice Baah described Kedevi as a “disgrace to womanhood” who used deception to pry innocent children from poor parents and thrust them into bondage and servitude.

According to him, Kedevi’s repetition of the crime made her a callous woman who took pleasure in what she did and, therefore, did not deserve any sympathy from the court.

Similarly, he noted that Boti, who is a chief, failed in his responsibility to trumpet the campaign of human trafficking and child slavery but gleefully subjected other people’s children to bondage and servitude, for which reason he deserved to be punished by the court.

Justice Baah commended the Ghana Police Service, the Department of Social Welfare and IJM for the various roles they played in rescuing the victims and ensuring that the offenders were prosecuted to serve as a deterrent.