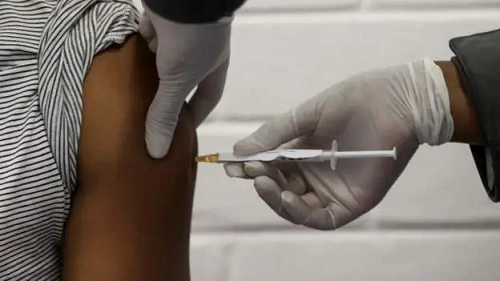 The Ghana Health Service is expected to vaccinate more than 177,000 people with the single dose Johnson & Johnson COVID-19 vaccines in two hotspot regions from today.

All persons aged 18 years and above, with the exception of expectant mothers, are eligible for the vaccination in Greater Accra and Greater Kumasi, where the vaccination programme will be administered in about 123 centres.

However, the GHS said preference would be given to people who were 60 years and above and those with underlying health conditions.

In an interview with the Daily Graphic in Accra last Saturday, the Manager of the Expanded Programme on Immunisation, Dr Kwame Amponsa-Achiano, said the administration of the current stock of 177,600 Johnson & Johnson single shot vaccines would be done in 11 districts of concern in the two hotspot regions, adding that the exercise was expected to end on August 20, this year.

In the Greater Kumasi area, four districts have been selected and they are Asokwa, Kumasi Metro, Kwadaso and Oforikrom.
Dr Amponsa-Achiano said different deployment approaches would be used and cited them to include the static and mobile approaches.

He emphasised that the Johnson and Johnson vaccines were being administered strictly to those who had not taken any COVID-19 vaccines at all.

That, Dr Amponsa-Achiano said, was because it was not medically advisable to mix vaccines for COVID-19.

“This is for those who have not taken any vaccines. Take along any national identity card,” he said.

Ahead of the training, the GHS has trained all vaccinators and other staff who would administer the jabs.

Dr Amponsa-Achiano said in the case of the Johnson & Johnson vaccines, the training was crucial because it was the first time the country was deploying the vaccine.

A week ago, the government received 177,600 doses of the single-shot Johnson & Johnson COVID-19 vaccines procured under the African Vaccine Acquisition Trust (AVAT), a purchasing facility instituted by the African Union (AU) to boost the continent’s access to COVID-19 vaccines on the global market.

This brings to 1,515,450 the total number of COVID-19 vaccine doses the country has received.

AVAT, on March 28, this year, signed a 220-million-dose purchase agreement with Johnson & Johnson with a potential to order additional 180 million doses.

Out of the number, 6.4 million would be received by AVAT in August 2021 for distribution to member countries, including Ghana.

The 177,600 is, therefore, the first batch of delivery the country is expected to receive.

Under the National Vaccine Deployment Plan (NVDP) for COVID-19, the government, in February 2021, received the initial 600,000 doses of Covishield from AstraZeneca under the COVAX facility.

In March, 366,850 doses of the Covishield arrived, including donations by the Indian government and the African Union Commission. The rest were purchased by the government.

In May, 350,000 Covishield was received from the DRC under the COVAX facility.

In March this year, the country received Russia’s Sputnik V from the United Arab Emirates.

GHS data indicate that as of June this year, 1,261,677 doses of vaccines had been administered.