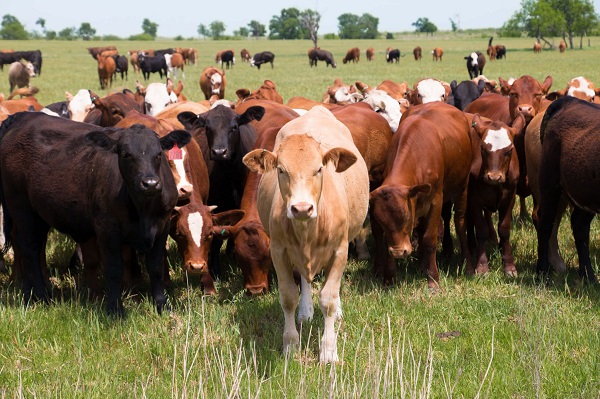 The Ghana National Association of Cattle Farmers (GNACAF) says at least 176 cattle being catered for at the Wawase Cattle Ranch in the Kwahu Afram Plains South District cannot be accounted for.

The group said between July 2017 and January 2019, the “poor management” of the ranch had also led to premature deliveries by many of the livestock in the ranch.

The association has consequently proposed that the management of the ranch be entrusted in the care of the cattle owners and the Ghana Cattle Ranching Committee (GCRC) since they know the needs of the cattle better than the current management.

It said the manner the ranch, which was inaugurated by President Nana Addo Dankwa Akufo-Addo in 2018, was being managed could derail the purpose for its establishment.

At a news conference in Accra last Monday, the National Chairman of the GNACAF, Imam Hanafi Sonde, said the cattle owners “know the needs of the cattle better than the current management” and could, therefore, better manage the ranch.

The press conference was to draw the attention of the government and stakeholders to the challenges of the Wawase Ranch and other related issues.

The association called on government to dismiss the Farm Manager of the ranch, Mr James Yaw Asante, with immediate effect to prevent further loss of animals and general mismanagement of the ranch.

It alleged that just recently, only 15 out of 42 cattle that got missing had been found, while the remaining 27 were still unaccounted for, and called on the ranch manager to provide an official record of the number.

“The cattle are our property and a source of income to many of us, hence losing them under any circumstance is a big setback to us,” Imam Sonde said.

“We know what we want and what our cattle want; therefore, as long as they have not been changed to foreign breeds, no one can take better care of them than we can do,” he added.

The association, however, commended the government, the Minister of Food and Agriculture, Dr Owusu Afriyie Akoto, the GCRC and the Afram Plains South District Assembly for the effort to address the perennial conflict between the cattle farmers and crop farmers over cattle grazing.

Some cattle owners, whose cattle were in the Wawase Ranch, recounted experiences of how their cattle got missing.

The General Secretary of the Kwahu Afram Plains Cattle Farmers Association, Mr Theophilus Besah Avor, expressed concern that there was scarcity of food and water for the animals in the ranch, and urged government to address the challenges in the ranch.

Another cattle farmer, Mr Abdulai Alhassan, said 27 out of the 53 cattle he sent to the ranch were stolen, seven were reported dead and others went missing.

He alleged that even though the number that were said to have died were sold, proceeds from the sale was not paid to him.

The National President of the Fulani Community in Ghana, Alhaji Osman Brimah Bari, appealed to the government to arrange for a dialogue between cattle owners and management of the ranch with other stakeholders in attendance to address the challenges.

The news conference hall was also filled by cattle owners and herdsmen, but it was only when the Chairman of the GCRC, Dr Kwame Oppong Anane, stood to speak that his presence dawned on the news conference organisers.

For a brief moment, his desire to speak caused confusion when the organisers denied him that opportunity.

Later, when he addressed the media, Dr Anane dismissed the claims of the GNACAF, insisting that the ranch was well-managed.
Instead, he said the refusal by the cattle owners to pay a GH¢7 per cow a month had left them indebted to management of the ranch to the tune of GH¢340,000.

He, however, added that the “minor challenges” and some of the allegations had been exaggerated, and gave an assurance that the government, through the committee, was working to resolve the issues that have been raised.