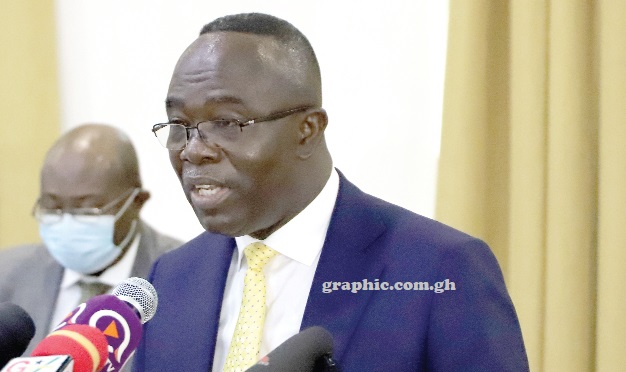 The Controller and Accountant-General has paid the 15 per cent cost of living allowance (COLA) agreed on between the government and organised labour.

An amount of GH¢485 million was disbursed to the accounts of over 600,000 public sector workers on government payroll as COLA for July and August yesterday, August 29, 2022.

The Controller and Accountant-General, Kwasi Kwaning-Bosompem, confirmed to the Daily Graphic in an interview that the amount disbursed was made up of two months’ allowance paid in lump to the workers.

“There are no outstanding issues or arrears as far as the payment of COLA is concerned,” he said.

He said the 15 per cent allowance was paid in August because when the negotiations were concluded in July, the salaries of public sector workers had already been paid and so the allowance had to be pushed to August.

“I urge public sector workers to reciprocate the good faith the government has shown during these trying times and work hard to increase productivity,” he said.

He explained that the government demonstrated faith during the COVID-19 lockdown when schools had closed and workers stayed at home but still received their salaries.

During this year’s May Day celebration, the Trades Union Congress (TUC) called on the government to give public sector workers a 20 per cent COLA.

That, the TUC said, would help better the lot of public sector workers across the country owing to “the prevailing hardship in the country”.

Following that call, some public sector workers threatened to withdraw their services if the government did not pay the COLA.

The various worker unions included the four teacher unions, the Ghana Medical Association, the Public Sector Workers Union, among others.

Negotiations dragged on for over two weeks, compelling the CCT, GNAT, NAGRAT and TEWU to embark on industrial action to insist on their demand.

A meeting of the parties was adjourned due to the refusal of some labour unions to call off their strike before negotiations commenced.

But after a crunch meeting on July 14, 2022, both parties came to a conclusion on a 15 per cent COLA, which would take retrospective effect from July 1, 2022.

The Employment and Labour Relations Minister, Ignatius Baffour Awuah, reading out the terms of the agreement, said: “We agreed with the labour unions that the COLA will be paid at the rate of 15 per cent of base pay; that the effective date for the payment of the COLA will be 1st July, 2022.

“We also agreed that all industrial actions underway and threats of same will be called off immediately, and that labour will return to work.”

The government, represented by the Minister for Finance, Ken Ofori-Atta; Mr Baffour Awuah and the Chief Executive Officer of the Fair Wages and Salaries Commission (FWSC), Benjamin Arthur, signed on behalf the government, while the Secretary-General of the TUC, Dr Anthony Yaw Baah, and the President of the Ghana Registered Nurses and Midwives Association signed on behalf of organised labour.