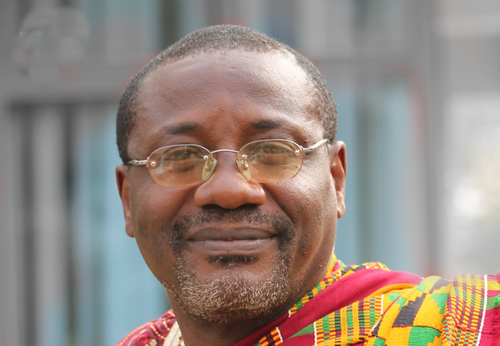 A former Rector at the Ghana Institute of Management and Public and Administration (GIMPA), Professor Ebow Bondzi-Simpson, has called for a review of the Computerised School Selection and Placement (CSSP) system to promote efficiency in the admission system.

Prof. Bondzi-Simpson was speaking at a Stakeholders Conference organised by Mfantsipim School on the theme "Ensuring Educational Excellence: the role of the Stakeholders”.

The CSSPS system is what is used to place prospective students into senior high schools (SHSs) after their Basic Education Certificate Examination (BECE).

It was introduced after the manual mode of admissions to the public SHSs was fraught with allegations of corruption.

Prof. Bondzi-Simpson said after years of implementing the CSSPS, it was obvious that it had been bedeviled with the problems it sought to correct.

"We have heard of several allegations that indicate some corrupt practices going on with the current CSSPS system," he stated.

He rather suggested that heads of schools should be made to go back to admitting their own students.

Prof. Bondzi-Simpson said of the various stages of the education system from the basic to the tertiary, it was only the secondary which had admissions being done by an external body.

He observed that secondary education was unique and provided a bridge between basic and tertiary education and required critical investments to ensure students were adequately prepared for the tertiary level.

He added that it was essential for educational managers to compliment traditional teaching with modern science of education which would stimulate critical thinking, project work skills and problem-solving abilities.

He also called for partnerships with key stakeholders to ensure excellence and to incorporate the junior high into the senior high system.

For his part, the Presiding Bishop of the Methodist Church, Most Rev. Dr Paul Kwabena Boafo, said education was the best leveller and it was essential that all relevant stakeholders worked to ensure quality education, especially in Mfantsipim.

He said the Methodist Church would continue to work to build the necessary linkages required for quality holistic education.

The Central Regional Director of Education, Ms Martha Owusu Agyeman, indicated that education must build a total person with excellent moral and social abilities to meaningfully contribute to national development.

The Headmaster of the school, Rev. Ebenezer Aidoo, said his administration was committed to building a school committed to the highest quality of education possible with the involvement of all stakeholders.