Students of Accra Girls’ to undergo mass testing for COVID-19 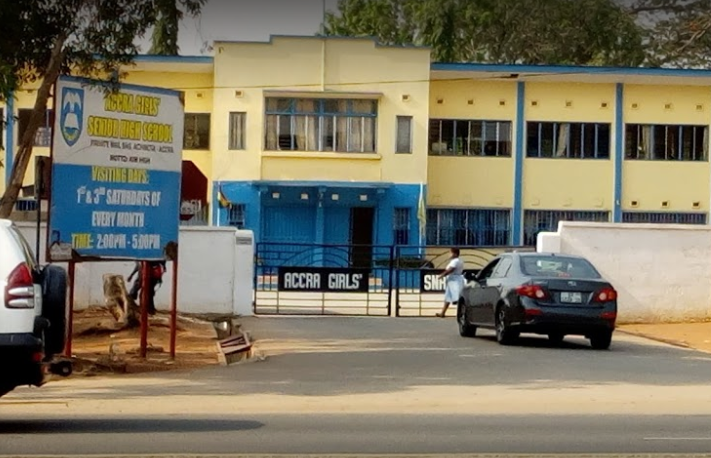 Students of Accra Girls’ Senior High school are to undergo mass testing for the coronavirus disease (COVID-19) following reports that six of its students have tested positive for the disease in the school.

The decision follows the reaction of anxious parents and guardians who besieged the school yesterday, demanding to send their children and wards home and for the school to be closed down to avert a crisis situation.

However, during a meeting with the parents and guardians in the school yesterday, the Ayawaso North Municipal Director of Education, Mr Harry Evans Arthur, said efforts were being made to commence a mass testing of all students and staff.

He, therefore, asked people not to panic.

Mr Arthur said the parents of students who had contracted the virus had been contacted and informed of their children’s condition.

He said the affected persons, six students, a tutor and the spouse,  had been sent to the Ga East Hospital for isolation and management and gave an assurance that they would receive the best of care and treatment.

According to the director, protocols put in place for the partial reopening of the schools made it possible for the early detection of the cases and urged parents to remain calm, while efforts were made to effectively handle the situation.

He further explained that the refusal by the school authorities to release students to their parents was in the parents’ best interest.

“If you take your child away today and it happens that she has been infected with the virus, you are, in effect, endangering your family and the whole community. So let’s all remain calm and let health officials do the mass testing to see the outcome.

“We will do everything in our power to protect the children. Know that your children are safe here and they are being well protected,” he said.

Mr Arthur also said the school authorities had spoken to the students to calm them down, adding that the GES and health officials would also provide counselling services for the students.

When the Daily Graphic arrived in the school about 8:30 a.m. yesterday, there were policemen at the gate who prevented parents from entering the compound.

Some students were seen on balconies of classrooms signalling their parents to keep pushing for them to be allowed to go home, as they were scared of staying in school.

Parents and guardians, some of whom had arrived in the school as early as 6:30 a.m., waited without any word from the school authorities, a situation that could have triggered agitation, but for the presence of the police.

The Headmistress of the school, Mrs Joyce S. Acolatse, and other management staff and teachers who were at the Administration Block remained tight-lipped over the issue, further raising the level of anxiety.

Some parents said their children had contacted and informed them that some students and a teacher suspected to have contracted the virus have been picked up by ambulances.

A parent, Ms Grace Odoi, said: “The children are scared and I’m also scared. We don’t know the level of spread and who else has it or not. I’m ready to take my daughter to the hospital today to run the test. If she tests negative, I will keep her at home and make her come back only to write her examination. Even if she misses the exams this year, education does not end she can write it next year. For now, I want her to be home and safe in my care.”

Another parent who refused to give her name also expressed concern over where the affected students contracted the disease from.

“Were they in the same dormitory or class? How are they going to conduct the contact tracing and ask the students to self isolate? How soon will the results of the tests be released, given the challenges with testing now?” she asked.

“The more these issues come up, the more worried I get and want to take my daughter back home,” a parent from Koforidua, who also declined to give his name, said.

In the wake of reported cases of the COVID-19 in the country last March, President Nana Addo Dankwa Akufo-Addo ordered the closure of all schools.