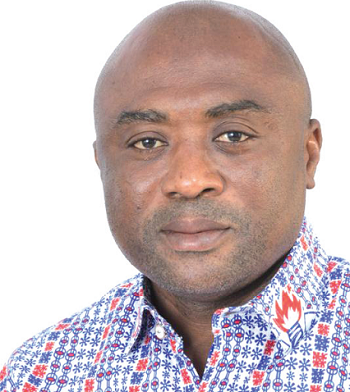 The Ghana National Association of Teachers (GNAT) has condemned attacks on teachers, especially by members of the public and students.

It cited the recent attack on the Information and Communication Technology teacher, Mr John Kwashi Akey, of the Three Town Senior High School (SHS) at Denu in the Volta Region as example.

It said the act was not only criminal but vicious, malevolent, wicked and unbecoming of the student, Gilbert Akakpo, who allegedly carried out the attack.

A statement issued in Accra and signed by the General Secretary of GNAT, Mr Thomas Musah, said the association had not forgotten the assault on a teacher of the Nungua Cluster of Schools and “we wish to state emphatically that we will not countenance such uncouth behaviour any longer”.

“We shall not allow our teachers to be in contempt, indeed we would not look on while our teachers are held hostage and preyed upon by both leaners, parents and the public, arising from their own frustrations and woes. All should know that without teachers, no nation can survive since it is teachers who train the future leaders required by the state to enable it to move,” it said.

It deplored what it said were perverse acts of leaners and parents, assaulting teachers at any slight opportunity, even when such teachers had not provoked them or only taken measures to correct errant learners for their own good and the good of their parents.

It called on the Ministry of Education and the Ghana Education Service, the police and the school authorities to ensure that Akakpo was taken through the rigours of the law and justice done to Mr Akey and his colleagues at the Three Town SHS to serve as a deterrent to any such wayward learner.

“Ghanaians should know that teachers lives also matter and they should be allowed to breathe as they go about their lawful duties,” it said, adding that “we want to assure all that we are watching keenly and our next line of action would be determined by and premised upon the action to be taken by the Director-General and the directors of education in the Volta Region.

The statement said the association was committed to safeguarding its members and ensuring that nobody held them as pawns in the lawful discharge of their duties.

“In the meantime, we solidarise with any action the teachers of Three Towns SHS may take to ensure their security and safety as enjoined by Section 118 of the Labour Act, 2003 (Act 651).