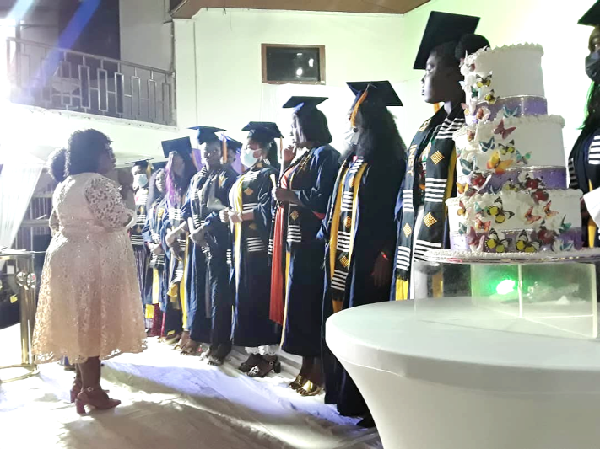 The Proprietress of Hakies Floral and Catering Institute, Ms Adwoa Harrison-Affull, has called for the formation of a national technical vocational education and training (TVET) forum to champion the cause of TVET to enable it to contribute effectively to national development.

The forum, she said, should be made up of players from the government, labour, industry, public and private training institutions, tertiary institutions, students and civil society organisations.

Ms Harrison-Affull made the call at the 21st graduation and matriculation ceremony of the institute in Accra last Saturday.

It was on the theme: “Fostering Youth Employment and Entrepreneurship”.

Ms Harrison-Affull said entrepreneurial skills were critical for the development of the country and the citizenry in general, adding that the skills one acquired gave a competitive advantage in every aspect of life.

She added that at the institute, students were equipped with resilience, innovation, teamwork, respect, networking, problem-solving skills and responsibility for the rest of their lives and give back to society.

”We acknowledge and appreciate the role that the government, through its agencies, especially the Ministry of Education and NVTI, is playing to push the agenda of TVET to the forefront of national discourse by way of policy initiation, strategy and promotion,” she said.

Ms Harrison-Affull, however, added that the initiatives were directed at public TVET institutions and the private institutions which provided the largest vocational skills and training in the country, were hardly catered for.

”We want government to help with the resourcing of the private institutions and those in the informal sector by way of capacity building, curricula development, sponsorship of students, mentoring systems and general best practices in TVET,” she said.

In an address read on her behalf, the Director-General of TVET Services, Mrs Mawusi Nudekor Awity, said in recent years technical and vocational development programmes in the country had undergone a series of reforms.

She said it was, therefore, important to underline significant contributions vocational training programmes could make to productivity and economic growth.

”Indeed, no one can dispute the fact that vocational education plays a crucial role in youth employment and for that matter nation-building as a whole,” he added.