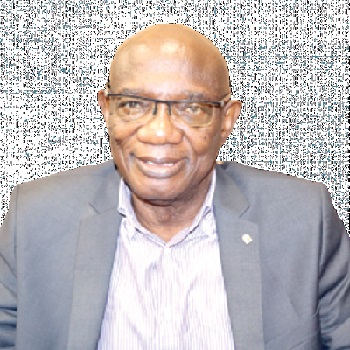 A former Vice- Chancellor of the University of Education, Winneba (UEW), Prof. Jophus Anamuah-Mensah, has called for the review of the senior high school (SHS) curriculum to reflect the changing global and national developments in science and technology.

He lamented that for over a decade, “the curriculum of senior high school (SHS) has not been reviewed,” neither had the infrastructure been improved to be in sync with increasing population of the country.

Prof. Anamuah-Mensah, who is currently the Board Chair of Transforming Teacher and Learning (T-TEL), said this at a town hall meeting organised by the Institute of Teacher Education and Development (INTED).

The town hall meeting formed part of INTED’s awareness creation of its “Leading Girls’ Learning Programme (LGLP)” under its “Transforming To Impact Educators and Marginalised Youth in West Africa Project”.

According to him, a much greater issue was that SHS education constituted a critical transitional point, a crossroad, in the education pipeline which prepared students to enter the world of work, or pursue further studies in tertiary institutions, and for lifelong learning.

However, he said teaching and learning in SHS was overly focused on factual recall of content knowledge and was not engaging students and helping to develop critical thinking and analytical skills, and obviously not preparing them for the world of work.

He said the assessment system was driving teacher and student behaviour and contributing to a focus on factual recall and did not emphasise the importance of practical learning and skills development.

Also, he said there was a general perception that more could be done to improve pedagogy and practical application of knowledge, saying, “this extends to in-service teachers where there is a real desire for more Continuing Professional Development (CPD) and in-service training”.

On the need to increase girls education, Prof. Anamuah-Mensah said, “every country that has made rapid, and significant progress has placed education at the heart of its development” and had, therefore, called for the need for the country, “to go further to place gender at the centre of our education in order to accelerate our development”.

The Executive Director, INTED, Kwabena Ampoful, giving an overview of the project, said the United States Agency for International Development (USAID) was supporting INTED with its transformation strategy, which included the evolution into a more sustainable, inclusive, engaged, and impactful private organisation within the regional education sector.

He said under its five-year project titled: "Transforming into a Membership-Based Organisation to Impact Educators and Marginalised Youth across West Africa," INTED would pilot and expand multiple professional development programmes aimed at improving the quality of education for the benefit of young people in lower-income communities.

The project, he said, was aimed at addressing gender, socio-economic, regional, and world-of-work inequities.

He said INTED had worked with development partners since 2011 to improve the quality of teaching and leadership practices in schools, especially those at the SHS level saying since its inception, it has provided professional development programmes to over 3,500 teachers in over 70 schools in the country.

He said INTED in 2020 received funding support from the United States Government, through a Cultural Affairs grant to support the pilot of the LGLP during the 2020/2021 academic year.

The pilot LGLP, he said, targeted impacting 240 teachers, 23 Master Fellows, and over 6,000 learners mostly female in 12 SHSs from the Central and Eastern regions.