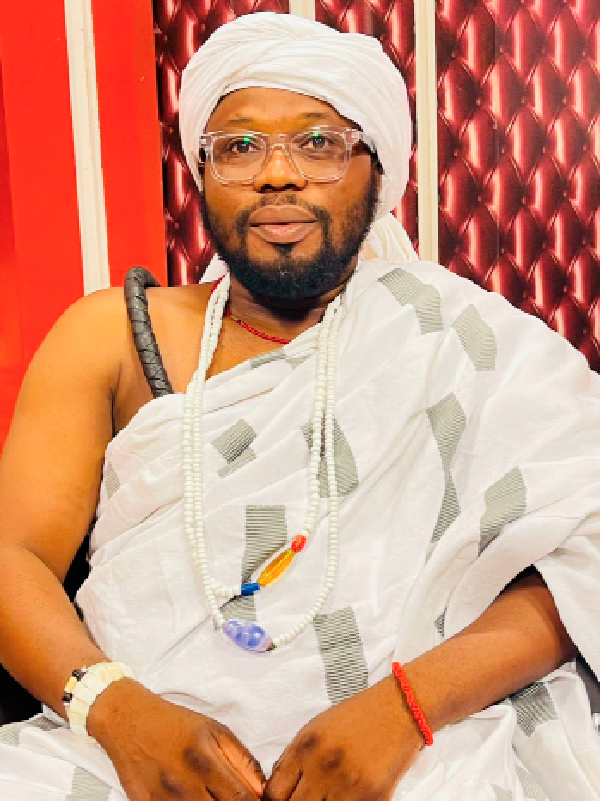 He said the government must also liaise with academia to develop structured programmes that would equip young people with the skills set that were needed in the labour market and imperative for nation building.

"The country's long-term growth requires a special attention on young people who have a key role to play in both current and future successes,’’ he said.
Nii Frankwa II explained that the call for higher education was because, among the youth, higher education levels were strongly associated with higher employment.

“This is true across genders, location of residence and age groups. This is why I always encourage the youth of Nungua and Kpone to always pursue higher education,” Nii Frankwa II.

He said among the youth, work experience had a bigger impact on salaries than education and as a result, if education levels were taken into account, higher age groups were more likely to be employed.

“A person's family background is extremely important. Youth from better educated homes are more likely to find work and this stays true even after accounting for their own educational, age and gender differences.

“So the impact on the economy would be minor if all those who are not in school in the 15 to 24 age groups were given jobs at the current wage levels,” he said.

Nii Frakwa II called on the government to make entrepreneurship attractive to the youth as there were limited spaces in the public sector.

He explained that the relatively high proportion of Ghanaian youth that intended to start a business as well as their overall positive attitude to entrepreneurship illustrated young people’s drive to engage in entrepreneurial activities.

Nii Frakwa II said when supported, the entrepreneurship drive in the youth could lead to job creation, economic growth, and improved well-being for the general population.

The National Youth Policy, he said, notes that, entrepreneurial development, among other factors, propels and accelerates socioeconomic development.

“I am always honoured to serve on the ENACTUS Ghana Board, where every year, the thousands of students who graduate from the various universities are helped to develop an entrepreneurial mindset,” he said.

Nii Frankwa II also called for the empowerment of women as means of creating sustainable jobs.

He said analysis of some past survey results, indicated that Ghana was among the very few countries in the world where women appear to be more entrepreneurial than men.

That, he said, was partly attributable to factors such as the cultural acceptability of women running businesses, growing unemployment and underemployment among their male partners, and the inability of male partners to meet the increasing cost of living.

“Consequently, the income women earn through their businesses and income-generating activities becomes indispensable to household survival,” he said.