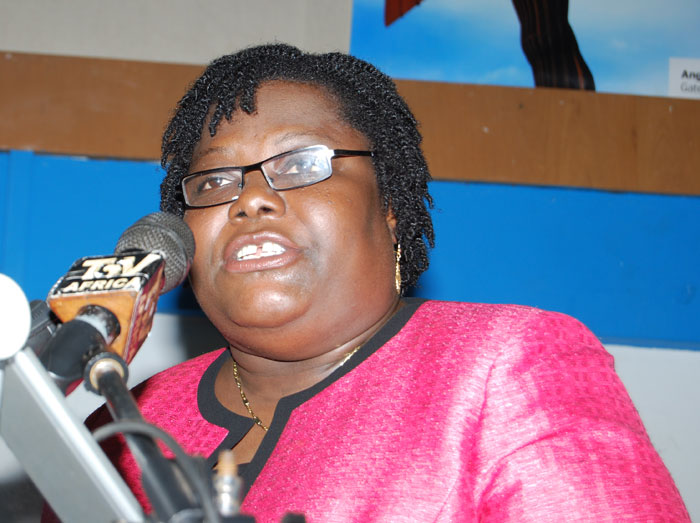 A positive correlation exists between the enrolment of girls in primary school and the gross national product and increase in life expectancy.

In 2000, 93.4 million women in sub-Saharan Africa were illiterate. Many reasons exist for why formal education for females is unavailable to so many of them, including cultural reasons. For example, some believe that a woman's education will get in the way of her duties as a wife and mother.

In some places in Africa where women marry at age 12 or 13, education is considered a hindrance to a young woman's development.

Women's education is sometimes corrupted by sexual violence. Sexual violence against girls and female students affects many African education systems. In sub-Saharan Africa, sexual violence is one of the most common and yet least exploited form of corruption.

While most of the Millennium Development Goals (MDGs) face a deadline of 2015, the gender parity target was set to be achieved 10 years earlier — an acknowledgement that equal access to education is the foundation for all other development goals. Gender disparity is defined as inequalities of some quantity attributed to the reason of gender type.

In countries where resources and school facilities are lacking, and total enrolments are low, a choice must often be made in families between sending a girl or a boy to school.

Of an estimated 101 million children not in school, more than half are girls. However, this statistic increased when examining secondary school education. In high-income countries, 95 per cent as many girls as boys attend primary and secondary schools. However, in sub-Saharan Africa the figure is just 60 per cent.

The foremost factor limiting female education is poverty. Economic poverty plays a key role when it comes to coping with direct costs such as tuition fees, cost of textbooks, uniforms, transportation and other expenses. Wherever, especially in families with many children, these costs exceed the income of the family, girls are the first to be denied schooling.

This gender bias decision in sending females to school is also based on gender roles dictated by culture. Girls usually are required to attend to household chores or take care of their younger siblings when they reach home.

This limits their time to study and in many cases, may even have to miss school to complete their duties. It is common for girls to be taken out of school at this point. Boys, however, may be given more time to study if their parents believe that the education will allow them to earn more in the future. Expectations, attitudes and biases in communities and families, economic costs, social traditions, and religious and cultural beliefs limit girls’ educational opportunities.

Additionally, in most African societies, women are seen as the collectors, managers, and guardians of water, especially within the domestic sphere that includes household chores, cooking, washing, and child rearing.

Because of these traditional gender labour roles, women are forced to spend around 60 per cent of each day collecting water, which translates to approximately 200 million collective work hours by women globally per day and a decrease in the amount of time available for education, shown by the correlation of decrease in access to water with a decrease in combined primary, secondary, and tertiary enrolment of women.

Whatever the underlying reasons are about having large numbers of girls outside the formal schooling system, they bring developmental challenges to both current and future generations . According to the UNESCO, a UN body responsible for education, the rates of female children out of primary school is higher than that of male children in all the African countries where data is available.

Until equal numbers of girls and boys are in school, it will be impossible to build the knowledge necessary to eradicate poverty and hunger, combat disease and ensure environmental sustainability. Millions of children and women will continue to die needlessly, placing the rest of the development agenda at risk.

Promoting gender equality, and empowering women in Africa, is perhaps the most important of the eight Millennium Development Goals. The target associated with achieving this goal is to eliminate gender disparity in primary and secondary enrolment preferably by 2005, and at all levels by 2015.

Women deserve the instrumental effects of gender equality in education and the intrinsic dimension of female education; which in essence derives from the role of education in enhancing a woman’s set of capabilities. Thus, in theory, there is a direct effect from female education to income (or growth).

Education, especially for girls, has social and economic benefits for society as a whole. Women earn only one tenth of the world’s income and own less than one per cent of property, so households without a male head are at special risk of impoverishment.

These women will also be less likely to immunise their children and know how to help them survive. Women who are educated tend to have fewer and healthier children, and they are more likely to attend school. Higher female education makes women better-informed mothers and hence could contribute to lowering child mortality rates and malnutrition.

In Africa, limited education and employment opportunities for women reduce annual per capita growth by 0.8 per cent.

Studies show that educated women are more likely to know how to prevent HIV infection, to delay sexual activity and to take measures to protect themselves. New analysis by the Global Campaign for Education suggests that if all children received a complete primary education, the economic impact of HIV/AIDS could be greatly reduced and around 700,000 cases of HIV in young adults could be prevented each year—seven million in a decade.

According to the Global Campaign for Education, “research shows that a primary education is the minimum threshold needed to benefit from health information programmes. Not only is a basic education essential to be able to process and evaluate information, it also gives the most marginalised groups in society—notably young women—the status and confidence needed to act on information and refuse unsafe sex.”

The Forum for African Women Educationalists (FAWE) announces a call for the second round of research proposals from research institutions for its Strengthening Gender Research To Improve Girls’ And Women’s Education In Africa initiative. The initiative, which is supported by the Norwegian Agency for Development Co-operation (NORAD), promotes girls and women’s education through the integration of gender into education policy and practice in sub-Saharan Africa.

FAWE believes it is vital to invest in research in Africa as a way of producing current information for advocacy in education policy. This three-year research initiative aims to work collaboratively with established research institutions to produce pertinent and robust research.

That can be used to constructively engage government, policy makers and other regional bodies on strategies to advance girls’ education in Africa. Findings from the research will be used to inform FAWE’s advocacy work and help redress gender inequities that hinder women’s fulfillment of their right to education and meaningful participation in Africa’s social and economic advancement.