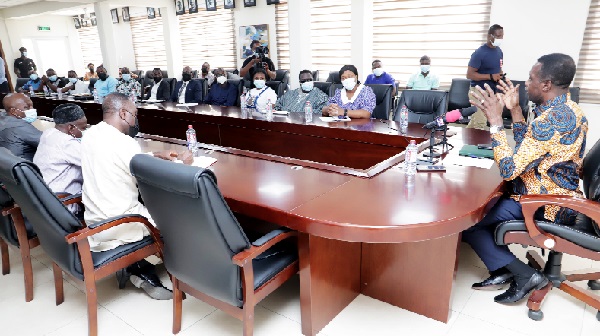 “In fact, we have 12 new TVET schools that have been approved in this budget. Eight of them are post-secondary TVET schools so literally eight polytechnics coming.

“So polytechnics are coming back, eight of the 12 are post-secondary TVET schools, funding ready. Funding has been approved and constructions are about to begin,” he said during a meeting with representatives of non-governmental organisations (NGOs) in education last Friday in Accra.

Under the budget, he said there were 35 Science, Technology, Engineering and Mathematics STEM schools whose funding had been secured, adding that nine of them would be done this year.

“We have five STEM universities. So the regions that do not have universities may get two, STEM and TVET or the polytechnic and the funding is available because it has been sourced from abroad,” he emphasised.

The country previously had10 polytechnics, nine of which have been converted into technical universities.

According to Dr Adutwum, a lot was being done by the government in the area of education including equipping all the 35 National Vocational Training Institutes (NVTIs), saying that 95 per cent of the equipment was already in the country.

After bringing all the TVET institutions under the ministry, he hinted that within the next few years, “nursing training colleges would also be coming”

Speaking on a wide range of issues in the education sector, Dr Adutwum said the interface between TVET and STEM was super exciting since that was where the issues of robotics and artificial intelligence came in.

In the area of teacher deployment, Dr Adutwum indicated that there were surplus of teachers in the country and that the challenge had to do with deployment.

Dr Adutwum also made mention of the teacher housing scheme which was being worked on to provide accommodation facilities for them.

“So, the point I am making is that in education you can’t do one thing and expect to see transformation. If you know that you have to do about 10 things at the same time for you to see results”

“So National Education Institute is something that will help us do that. So the ministry would do that and get all the agencies to get their people trained,” he said.

Dr Adutwum announced the introduction of a new initiative that would see the adoption of 100 communities for the implementation of a strategy that would boost education delivery.

“In those communities, we would introduce the 90,90,90 plan or strategy. What we are saying is that 90 per cent of the primary four students, when they take the National Standardised Test (NST), it would show that they are proficient in reading, writing and arithmetic by age 10. We want 90 per cent of junior high school students to transit to senior high school from that village and in that village we want 90 per cent with serious counselling to transit to university,” he said.

The minister called for the support of the NGOs which also indicated their readiness to offer their inputs.