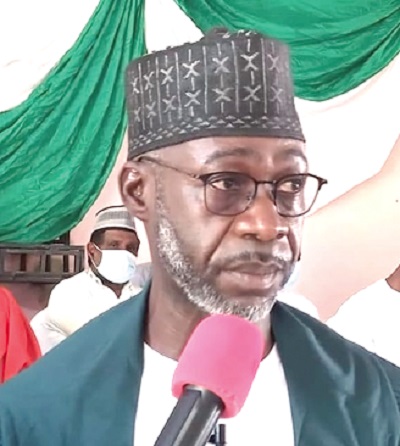 The Nusrat Jahan Ahmadiyya College of Education in Wa in the Upper West Region has held its 13th matriculation ceremony for 383 fresh students admitted to the college this year.

The 383 students who matriculated are part of a total of 526 who qualified for admission this year, made up of 204 males and 179 females including two who are visually impaired.

The current group of matriculants is the fourth batch of trainees studying for the four-year Bachelor of Education certificate but the third intake since the college was affiliated to the University of Education, Winneba (UEW).

Welcoming the students, the acting Principal of the college, Mr Salih Saeed said the matriculants would be taken through the Early Grade, upper primary and junior high school education.

Mr Saeed, therefore, called on the fresh students to make good use of the limited time at their disposal in order to benefit from their stay at the college.

"You are counting yourself to be disciplined and good ambassadors of the college", he said.

He announced that at the moment, the college was running a double shift system due to the COVID-19 pandemic and inadequate infrastructure.

To solve this problem, he said other facilities including a three-lecture theatre blocks were being renovated, while the GETFund had earnestly started the process of providing a 400-hostel capacity for the college and an auditorium complex which was 95 per cent completed.

The acting principal was happy to announce that the college had been selected to benefit from the Wi-fi project for the improvement of campus internet connectivity to facilitate the delivery of teaching and learning among students and tutors on campus.

"The GETFund projects, which include students’ accommodation and lecture halls, are still ongoing and management is working assiduously to have them completed for use by the college", he said.

In a speech read on his behalf, the Vice-Chancellor of the UEW, Professor Mawutor Avoke, congratulated the students on gaining admission to the college and advised them to gear up for the intensive and practical oriented programmes.

For that matter, he also advised them to make good use of the limited time at their disposal, adding "I will ,therefore, urge you to plan in line with the nature of the academic calendar and focus on pursuing your chosen programmes, considering the limited time at your disposal.

“You will only achieve success through discipline and commitment", he advised the matriculants