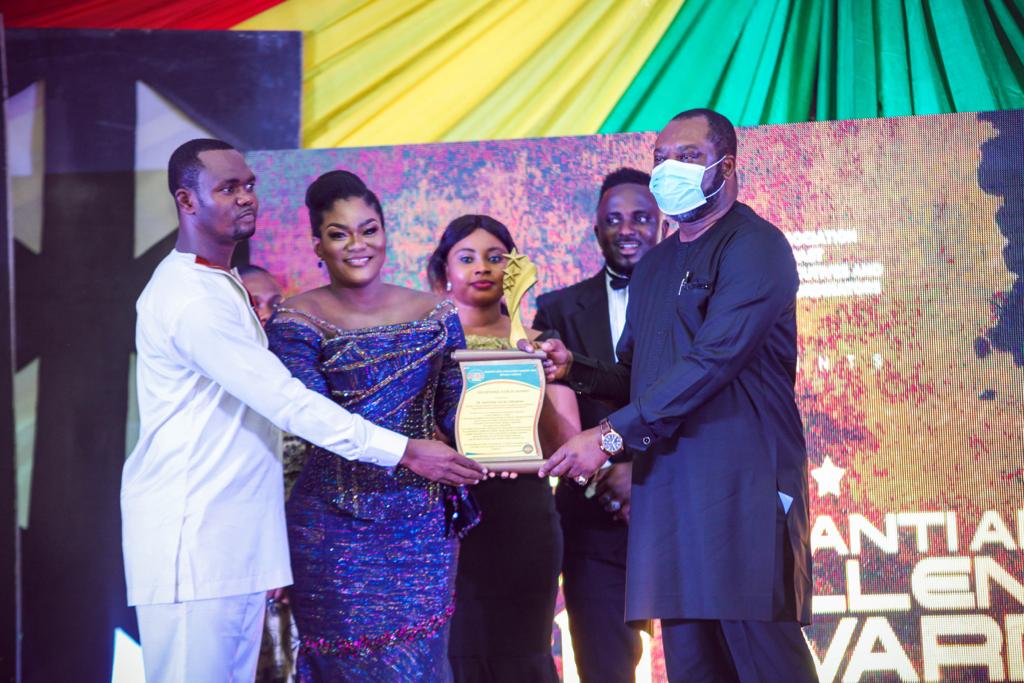 The Minister for Energy, Dr. Matthew Opoku Prempeh has been honoured as the ‘Education Icon of Ashanti’ at the maiden Association of Past Executives and Coordinators of the Ashanti Regional Students Representative Council (APEC) Awards ceremony held in Kumasi.

The former Minister for Education received the award for his role in championing the development of education in Ashanti Region and the country at large.

Other dignitaries that were honoured on the night include National Organizer of the New Patriotic Party (NPP) Samuel Awuku who received the Youth Impact Award for his role in youth development and leadership across the country.

The Deputy Minister for Finance John Kumah Ampontua Esq. also received the Honorary Award for Industry and Innovation for his contribution towards enterprise development and support to the youth while Mrs Mary Owusu Afriyie was presented with a citation for her exemplary role in educational leadership in the Ashanti Region.

The event was aimed at acknowledging and awarding personalities from the Ashanti Region who contributed to development in areas including business, politics and social fields.

Speaking at the ceremony, Dr. Opoku Prempeh called on the youth to be innovative as the responsibility of building the country does not only lie with those in leadership positions.

“I believe our country is on the verge of great things, irrespective of the several challenges that confront us, particularly with young people and employment prospects, among others. Therefore training, mentoring and grooming responsible leaders should be a communal responsibility,” he stated.

“The immediate generation that takes over should be better prepared to perform even more so that we are all assured a glorious and developed economy,” he stressed.

On his award he said, it was a great honour to be recognized by young leaders who saw inspiration and hope in their leaders.

“For the awardee, the honour comes with a deep sense of responsibility and a reminder that one cannot fail our youth as they seek direction to improve their lives and to make their contribution to the development of our country,” he stated.

He said the government was committed to developing the education sector to benefit the youth as they, within four years, were able to move the Senior High School (SHS) student population from about 800,000 to 1.2million with the Free SHS initiative.

Beyond the Free SHS programme, he said the education sector chalked various successes in curriculum reform, teacher training, TVET, school management, infrastructure, legislative reforms and so many others in the first term of President Nana Akufo-Addo’s tenure.

At the Energy Ministry, he said they remained committed to the President’s vision of improving people’s lives through innovative, focused leadership grounded on sound policy direction.

He said the importance of efficient power supply in enhancing the socio-economic development of the nation was paramount because it impacted on every aspect of lives.

He commended APEC leadership for organizing the event and showing true leadership as far as mobilizing the youth and giving them a voice were concerned.

He encouraged APEC to participate more in the national discourse on issues and continue to target, pursue youth development and train more young men and women to take up positions of responsible leadership across the globe in the immediate and distant future.

“APEC could easily become one of Ghana’s biggest and expansive institutions involved in shaping the delicate future of Ghana. I congratulate the leadership of the association led by Mr Patrick Ayittah for your creativity and innovations,” he added.