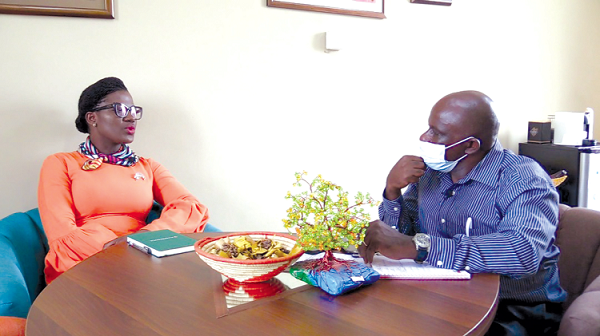 The National School Inspection Authority (NaSIA) says henceforth it is criminal to begin operating a school without first securing a licence from its offices.

It said it was no longer sufficient for owners of private schools to begin operating a school with only the licence from the Registrar-General‘s Department.

The Director-General of NaSIA, Dr Haggar Hilda Ampadu, who disclosed this to the Daily Graphic in an interview, said since January 2021, the Registrar-General‘s Department had stopped issuing licences to those seeking to operate a school until they presented a letter of authorisation from NaSIA.

She said all existing schools that did not have an operating licence from NaSIA to regularise their operation were given up to December 31, 2021 to do so.

The directive follows the coming into force of the new Education Regulatory Body Act 2020 (Act 1023), which mandates the NaSIA to take oversight responsibility of all pre-tertiary institutions in the country.

Per its mandate, all pre-tertiary institutions are expected to register with NaSIA to secure a permit to operate.

Dr Ampadu explained that anyone or an institution that started operating a school without recourse to NaSIA after the law came into force did so illegally.

Additionally, she said, those already in existence who failed to regularise their operations after the December 31, 2021 deadline would face sanctions.

She said Part Six of Act 1023 allowed NaSIA to sanction such institutions, which included a fee that such erring institutions would have to pay and still be made to go through the process to secure a provisional licence.

She said currently the amount to be paid by such institutions was being worked on, explaining that NaSIA was seeking a Legislative Instrument (LI) to determine that, “but for the meantime, the law allows 500 penalty units and so if need be we shall use that while waiting for the LI.”

Dr Ampadu acknowledged that NaSIA could not start implementing the law to its letter without first enlightening its stakeholders on the dos and don’ts of the new Act.

Consequently, she said the organisation was embarking on a nationwide tour to introduce itself to its stakeholders and also explain its mandate to them.

“We are going round the country to tell citizens about the law and let them know that before they establish a school as a business, they need to apply for authorisation,” Dr Ampadu said.

Taking the Daily Graphic through the registration process, Dr Ampadu said the first thing to do was to either visit the offices of NaSIA or its website to complete an expression of interest form to establish a school.

“The next step is for us, in partnership with the physical works office of the district/municipal/metropolitan assembly within your jurisdiction, to visit the site where you plan to establish the school to inspect it,” she explained.

She said the assemblies had some indicators that determined whether or not the site was fit for purpose “and if it is okay, you are given a letter of approval to start the buildings.

“When you are done, you alert NaSIA that the school building is done and then you complete a form which is called notice of intend to operate a school and if all is well, we give an authorisation for you to begin operating,” the DG of NaSIA further explained.