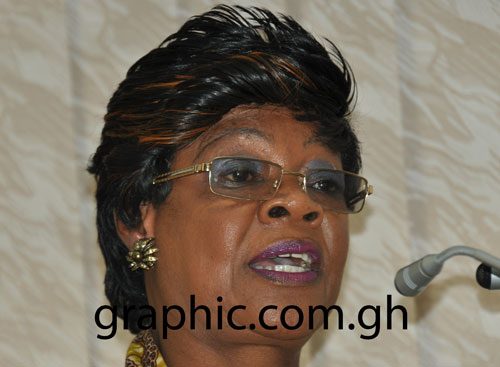 A research conducted by the Bosomtwe District Directorate of Education has cited irresponsible parenting as a major challenge confronting the development of education in the district.

The study said the situation had resulted in many schoolchildren fending for themselves.

These challenges do not only affect the children, but the entire district and the nation as a whole.

The challenges, which were found in almost all communities in the district, have affected the smooth development of education in the entire district.

The research was conducted following what the directorate described as average performance by Basic Education Certificate Examination (BECE) candidates over the past few years.


The research was conducted by the directorate to ascertain why some schools have continuously performed abysmally during the BECE examinations over the past few years.

Other findings were that after most BECE candidates had been registered with the West African Examination Council, they refused to go to school as their parents engaged them on their farms or they engaged in other activities like ‘galamsey’, which is very common in some parts of the district.

According to the report, the researchers first visited some communities and met the various stakeholders and discussed the issue of fallen standards of education with them. They boldly mentioned the poor and irresponsible parental attitudes as the main challenges.

The research team also met the various school children at a separate meeting to discuss their concerns.

Most of the children complained that they sometimes had to stop schooling to go and work before they could get money or food to eat, which - in the long-run - affected their education.

They also complained about having to travel long distances to school, which greatly affected them and left them weak and tired during classes hours.

Mr William Awuni, Bosomtwe District Director of Education, said the current state of education in the district was a source of worry to the management of education and suggested that something should be done urgently to save the situation.

Mr Awuni mentioned some of the measures put in place as punishing pupils who, after registration, failed to attend classes and the organisation of  vacation classes by teachers during the holidays to engage the children.

He said the district would continue to train teachers on the best and appropriate ways to teaching the various subjects to enhance effective teaching and learning.