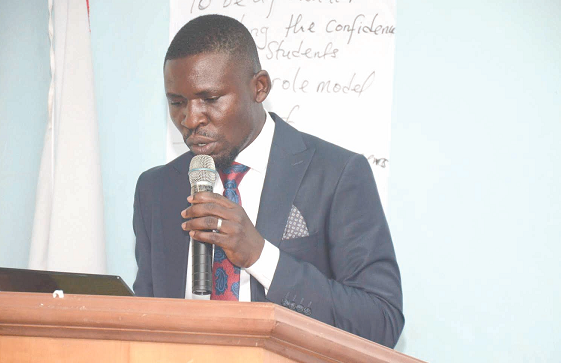 The Ghana National Council of Private Schools (GNACOPS) has called on the Ghana Education Service (GES) to sanction any official of the Atebubu Municipal Education Office in the Bono East Region who allegedly took money from its members before handing over personal protective equipment (PPE) provided by the government for schools.

For instance, it claimed that 38 out of the 42 private schools in the district were made to pay GH¢200 each before receiving their share of the PPE, when it was supposed to be free.

“For now, there is no need to call for investigations into the matter because the truth is out and the district director of education is aware, after we had presented the issue to him,” the Executive Secretary of GNACOPS, Mr Enoch Kwasi Gyetuah, told the Daily Graphic.

He described as unfortunate the action by the officials, whom he alleged collected such money from proprietors of private schools who charged as low as GH¢20 as fees because the schools were located in deprived communities.

“Some of them even have to go and borrow; it is very sad,” he added.

According to Mr Gyetuah, the Bono East Coordinator of GNACOPS, Mr Nelson Aho, had informed the national executive of the council about the incident, saying that considering the implication of the allegation, “we invited him to come to Accra to formally brief us”.

“At the meeting, he told us that the GES Office at Atebubu was demanding that private schools pay money before their share of the PPE was released to them,” he said.

“When we asked for evidence, he (Coordinator of GNACOPS) showed us screenshot messages from a complainant,” he added.

Mr Gyetuah said when the local district head of private schools was asked about the issue, he also confirmed that the officials demanded money they referred to as ‘clearance’ before the release of the PPE to the private schools.

He said following the complaints, officials of the GES sent all the share of GNACOPS PPE to its regional coordinator’s house at 9 p.m. last Sunday.

“What we are requesting for is a refund of the money they have allegedly taken from our members in camera,” Mr Gyetuah pleaded.

He said the council was also verifying rumours of a similar incident at Ejura in the Ashanti Region.