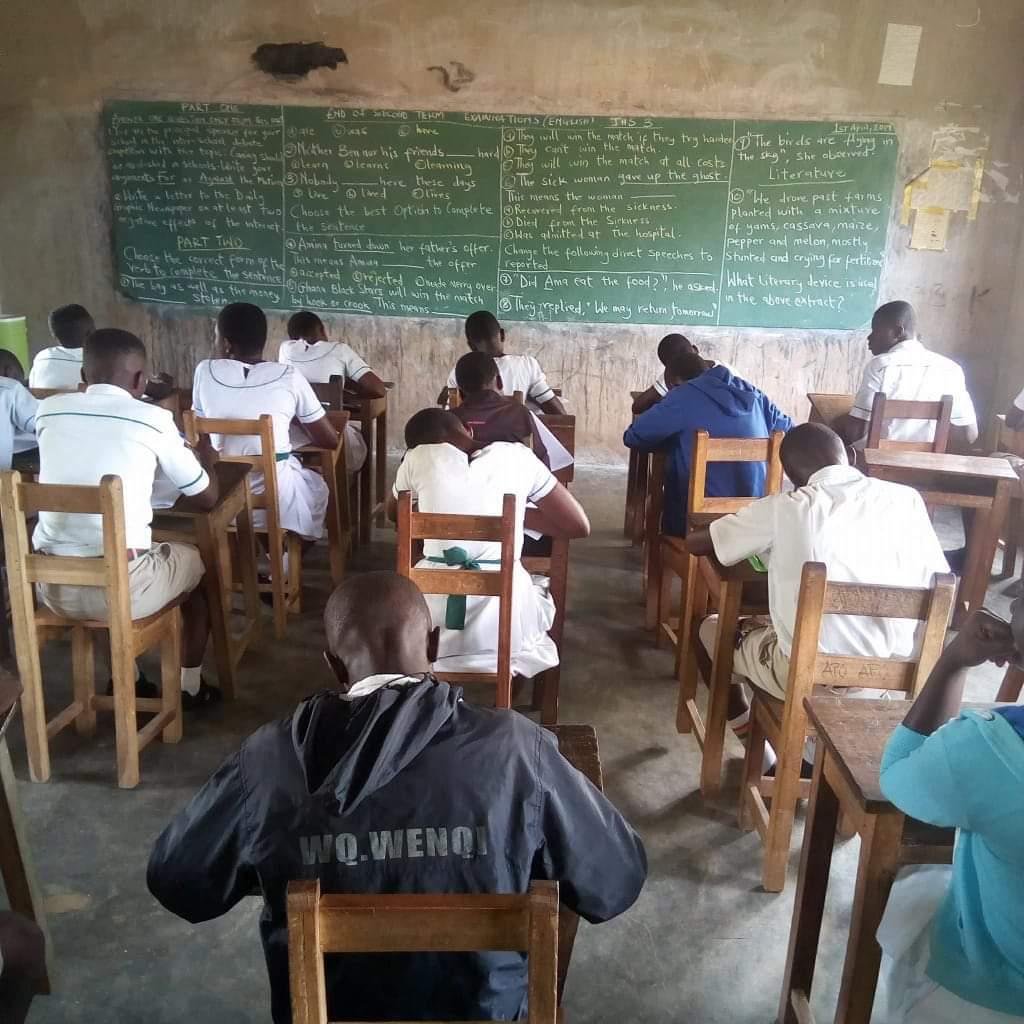 The Ministry of Education has chastized some basic school teachers in the Ashanti Region who resorted to writing end of term examination questions on chalkboards due to lack of funds for printing.

According to the Ministry, although the payment of the capitation grant had delayed, it was inappropriate for the teachers to “dramatize” the situation since it was not new.

Social media was awash with photographs of some teachers in some basic schools in the Ashanti Region writing examination questions on chalkboards following a directive by the Ghana Education Service (GES) to heads of schools not to collect printing fees from the pupils.

A cross section of Ghanaians have expressed disappointment at the development which they describe as an embarrassment to the nation.

But the Head of Public Relations at the Education Ministry, Vincent Assafuah, in an interview on Starr FM on Wednesday, described the “dramatization” of the situation by the teachers as unacceptable.

“Why the dramatization? Is it because teachers were getting some money from what was being paid earlier and now they don’t get? So they are angry? Writing on the board is not a new phenomenon, how did they write their class test?  If that is the only way the poor can get education then so be it.

“Yesterday half of the money they needed to print the papers have been paid.  We agree that payment delayed but it shouldn’t be a means of drama by our teachers, I frown on that and it is unacceptable,  teachers dramatizing with the situation is uncalled for,” he said.