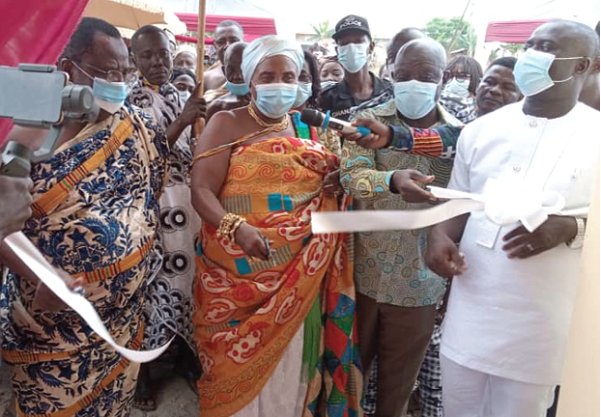 After two failed attempts to get the Morso Senior High School (SHS) and Technical School in the Asante Akyem South District in the Ashanti Region off the ground to run full academic programmes, indigenes, both home and abroad, have actualised that dream.

Today, the farming community is celebrating the inauguration of a modern academic block comparable to any such building in a city.

With an initial seed money of GH¢60,000 raised during an Easter celebration in 2018, the entire township rallied together to put up the two-storey six-classroom structure to give a new face to the only SHS in the area and to cut down the time the students took to trek to Juaso to access education.

Under the stewardship of Professor Yaa Ntiamoah Baidoo of the University of Ghana, Legon, as well as banking consultant and former board member of the Graphic Communications Group Limited, Nana Otuo Acheampong, Morso can also boast of a modern SHS.

What is left, however, is permanent dormitories so the students can move out from temporary hostel facilities. 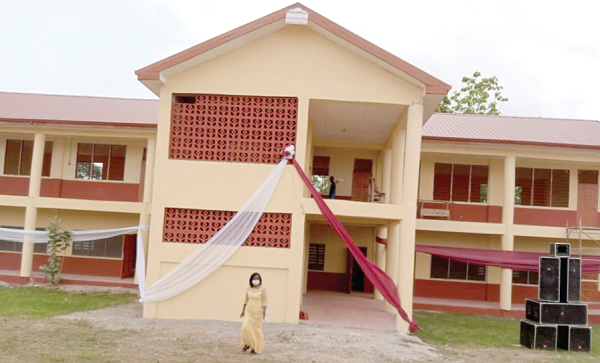 As a first step to qualify the school to be handed over fully to the Ghana Education Service, the old junior high school structure has been relocated from the SHS compound.

Courtesy of the Member of Parliament for the area, Mr Kwaku Asante Boateng, and the Municipal Chief Executive (MCE), Mr Alexander Frimpong, a new JHS block has been built to ease pressure on the SHS.

Prof. Baidoo and Nana Otuo Acheampong have began discussions with the District Education Office at Juaso for the school to be fully adopted by the GES.

The Morso SHS and Technical School was started in 2010 but had to be truncated twice in 2012 and 2018 respectively.

Indeed, the first closure happened two years after it was inaugurated. Through the efforts of the elders, activities were kickstarted in 2015 but again stopped in 2018.

But in the same 2018, Prof. Baidoo and Nana Otuo Acheampong, who is also the Kontihene of Morso and a board member of the school, raised an initial seed money during an Easter Monday celebration to begin the project.

Beyond that, the former GCGL board member has adopted one of the classrooms to be fully furnished at his cost.

The "Yaa Asantewaa of Morso" Prof. Yaa Baidoo, who was the key architect of the project, said never again would any indigene be denied admission because of distance or access.

She announced that so far, GH¢350,000 had been spent on the project with a few touches yet to be done to make the entire project complete.

Prof. Baidoo appealed for more support to build a fence to improve the security of students as well as expand the existing ones.

No substitute for education

The deputy Director-General of the Ghana Education Service, Dr Anthony Boateng, who together with the Morsohemmaa, Prof. Baidoo and Nana Otuo Acheampong inaugurated the project, said there was no substitute for education.

Speaking in Asante Twi, the deputy director said education remained the main game changer for development, urging both parents and students to embrace it.

The MCE for the area, Mr Frimpong, appealed to the chiefs for more land to expand the school's infrastructure with new boarding facilities.

He commended the GES for helping to fill teaching vacancies , but said there were about 60 more vacancies to be filled and urged the authority to facilitate it.

The acting Headmaster and Assembly member for the area, Mr Dominic Ofosu Frimpong, appealed to the GES to fast track the adoption process.