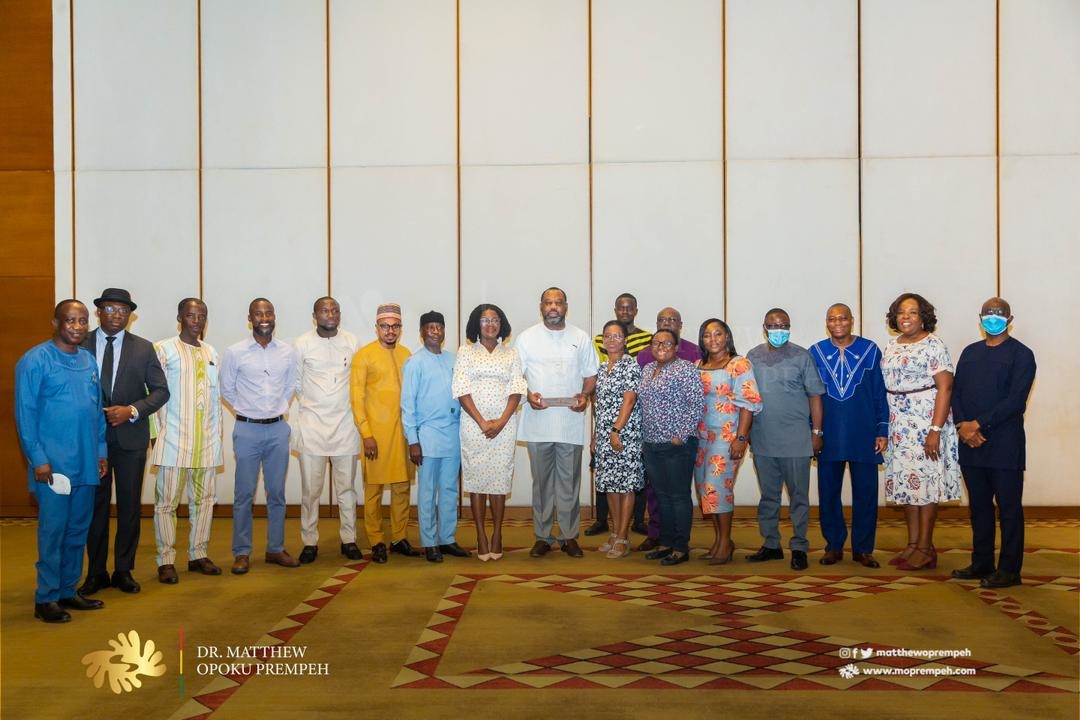 The heads of the various agencies under the Ministry of Education have organised a farewell event for the immediate past Sector Minister, Dr. Matthew Opoku Prempeh, popularly known as 'NAPO'.

The event took place at the Movenpic Hotel in Accra.

In particular, the Minister of Youth and Sports, Mr Mustapha Ussif, who is a former boss of the National Service Scheme (NSS) recounted the guidance and support he received from Dr. Prempeh during his first term as MP and also at NSS.

“if today, I am back to Parliament as an MP again, I owe a lot to my former boss and brother NAPO. I will continue to consult him as Sports Minister”.

A former Executive Director of the National Council for Curriculum and Assessment (NaCCA), Dr. Prince Armah, currently the MP for Kwesimintsim, referred to the incredible support he received from Dr. Prempeh during their tenure in office, whilst Dr. Kingsley Nyarko, immediate past Executive Secretary of the National Accreditation Board (NAB) and currently MP for Kwadaso referred to Dr. Prempeh's warmth and personal support for his political ambition.

In his remarks, Dr. Prempeh looked back on some of the educational achievements during his tenure and observed that these could not have been possible without the support of the various agency heads responsible for these reforms and initiatives.

He indicated his expectation that even though he was moving to a new ministry, the friendships he had formed at the Education Ministry with some of the heads would endure.

The heads presented a glass plaque to their former boss in appreciation of his support and guidance over the years.