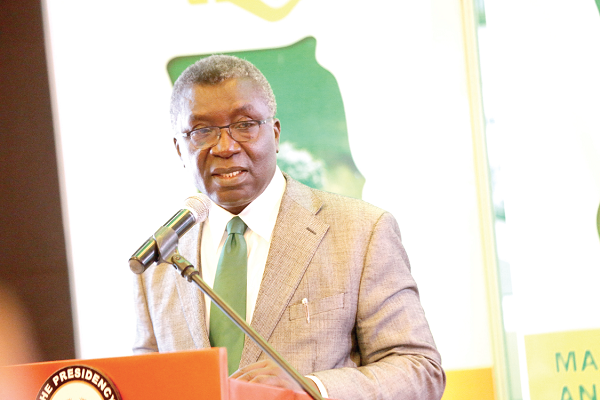 The fifth International Conference on Applied Science and Technology (ICAST), organised by the Kumasi Technical University (KsTU), opened on Wednesday at Ejisu in the Ejisu Municipal Assembly in the Ashanti Region.

The two-day annual conference is on the theme: “Skills acquisition and job creation through science, technology and innovation for national development.”

In his address, the Minister of Science, Environment, Technology and Innovation, Prof. Kwabena Frimpong- Boateng, said the government was promoting the study of Science, Technology, Engineering and Mathematics (STEM) as the basis for transforming the entire spectrum of the Ghanaian society.

He, therefore, asked technical universities to outline their plans to show how they could help change the structure of the country’s economy from an import-driven to an export-driven one.

He said the technical universities were not classical universities which focused on humanities and, therefore, called for an immediate re-modelling of their programmes to produce at least 60 per cent of science-based courses and not the current five per cent they were doing.

Prof. Frimpong-Boateng told the conference, attended by students from the KsTU, that the government would soon make public a National Science, Technology and Innovation policy to form the basis for the country’s science education.

He said in line with that, the President was to set up an advisory council called the Presidential Advisory Council on Science and Technology to advise him on all science-related issues.

He stated that Ghana, just like the other African countries, did not own its natural resources because it lacked the capacity to turn it around and added that the only solution was to redesign the country’s educational curricular with more emphasis on STEM education.

The Ashanti Regional Minister, Mr Simon Osei-Mensah, said there was the need for a pragmatic approach to overcome the challenges of the country, which continued to retard development.

He said the application of science, technology and innovation held the key to unlocking the country’s ability of skills acquisition, entrepreneurship and creation of jobs.

Mr Osei-Mensah said adequate investment in science, technology and innovation which, if properly harnessed, would increase the nation’s employment generation capacity and have a direct link to income generation.

The Acting Vice-Chancellor of KsTU, Engineer, Prof. Mike A. Acheampong, said as researchers and research institutions, the technical universities needed to focus on conducting applied and demand-driven research to stimulate development.

He challenged the other technical universities to deliver practical-oriented teaching and learning, applied research with emphasis on technology development, adaptation and transfer.