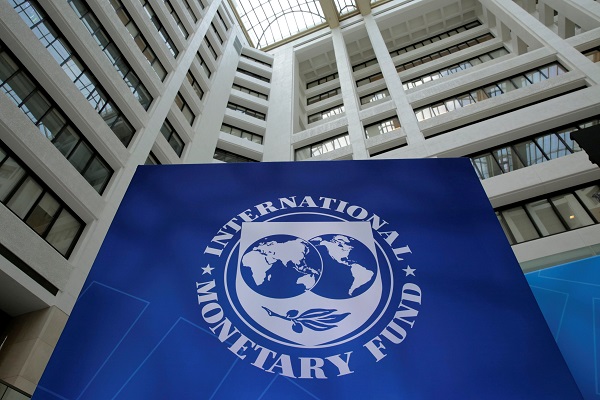 Ghana has to go to the IMF in 2022 because of many factors. Follow @Graphicgh

According to the IMF website, the organisation “works to achieve sustainable growth and prosperity for all its 190 member-countries”.
‘’It does so by supporting economic policies that promote international stability and monetary cooperation which are essential to increase productivity, job creation and economic wellbeing.”

The website described IMF’s mission as “to foster global monetary cooperation, secure financial stability, facilitate financial trade, promote high employment and sustainable economic growth and reduce poverty around the world”.
What is regarded as one of the most important functions of the IMF is to give out loans “to countries that are experiencing economic distress to prevent or mitigate financial crises”.

Such crises can originate from external factors such as natural or God-send disasters, global pandemics, for example, COVID-19, upward trending in commodity prices and warfare that impacts supply of essential commodities.
Economic and financial crises can also be caused by crises in other parts of the world.

“Even countries with sound fundamentals could be severely affected by the impact of economic crises and policies of other countries,” an online source has indicated.
Domestic factors could also trigger financial problems in a country.

For example, local fiscal and monetary policies that are not proper, or wrongly applied, could create economic and financial problems.
Such problems include serious economic imbalances characterised by big current account and fiscal deficits and large foreign and domestic debts.

Functions of the IMF, founded in 1944 and operative since 1945, are to help member-states to solve those problems.
How does the IMF manage to solve a country’s economic or financial problems?

It does so by first studying the problems and recommending the right solutions through application of financial tools available to it.
There are many financial instruments which IMF uses to assist countries in balance of payments problems and others.

“To help prevent or mitigate crises and boost market confidence during periods of heightened risk, members with already strong policies can use the Flexible Credit Line (FCL) or the Precautionary Liquidity Line (PLC),’’ according to IMF website.

It added that the ‘‘Rapid Financing Instrument (RFI) and the corresponding Rapid Credit Facility (RCF) for low-income countries, provide rapid assistance to countries with urgent balance of payments need, including from commodity price shocks, natural disasters and domestic fragilities”.

However, being an international bank, the IMF requests member-countries that need its intervention to meet certain conditions.
These conditions are termed ‘’conditionalities’’ and are varied, depending on the nature and scope of a country’s economic and financial problems.

According to the IMF, the conditionalities are applied to “ensure that the country will be able to pay the IMF”.
“This system of conditionality is designed to promote national ownership of strong and effective policies.”
The conditionalities include the following: (1) Priority Actions; (2) Qualitative Performance Criteria (QPC) and (3) Indicative Targets (ITs).

Examples of Priority Actions are: (a) elimination of price control and (b) budget consistent with fiscal framework.
Examples of Qualitative Performance Criteria include: (a) minimum level of government primary balance; (b) ceiling on government borrowing; and (c) minimum level of international reserves.
Indicative Targets are meant to assess progress made in meeting objectives of the IMF programme.

Ghana had asked the IMF for its intervention a number of times.
The latest was in 2015, when the IMF granted Ghana $918 million loan to stabilise the economy.

When the NPP government took over the reins of government in 2017, it successfully cut the economy off the IMF apron-strings.
A few days ago, President Akufo-Addo requested the Minister of Finance, Ken Ofori-Atta, to apply to the IMF for financial assistance.

Ghana has to go to the IMF in 2022 because of many factors.
Most of the factors, this time, are foreign-grown.

The 2020 COVID-19 pandemic, high global crude oil prices and the war in Ukraine had made it difficult for the country to apply the required remedy -- through fiscal consolidation and revenue mobilisation, especially by tax-net widening.

Ghana’s huge external debts that block access to the European market for funds, is also a major reason for Ghana’s recourse to the IMF in 2022.
Some of the various credit facilities available at the IMF have been outlined earlier.
IMF’s study of Ghana’s economic and financial problems will determine which type is appropriate for the country in the present circumstances.

It also depends on the country’s ability to meet the conditions set by IMF.
IMF interventions had helped the country in the past and the 2022 one is expected to provide some benefits.
IMF rescheduling of Ghana’s external debts should give the country enough space to pay up and improve economic conditions and growth.
And the IMF credit facility to Ghana should help to restore investors’ confidence and stabilise the economy.

On the conditionalities and whether they would help to reduce poverty and raise employment, there had been criticisms in the past that IMF interventions had worsened the economic conditions of poor countries.
Mrs Judith Hart, one-time British Minister of Overseas Development, had accused the IMF for creating social, economic and political instability in developing countries.

Mrs Hart had described IMF conditions for loans as “a four-wheeled chariot of destruction” in the third world.
The wheels of IMF’s chariot, according to Mrs Hart, were: the devaluation of national currency; tightening of money supply; sharp curtailment of public expenditure and wage cuts.

In 1985, the then Minister of External Affairs of Nigeria, Ibrahim Gambari, had described the IMF as “a bad doctor who prescribed the same treatment to all patients, no matter their ailments”.

In 2014, a study by researchers from three British Universities – University of Cambridge; London School of Hygiene and Tropical Medicine; and Oxford University – found out that the IMF could be blamed for the spread of Ebola Virus Disease (EVD) that broke out in three West African countries, Guinea, Sierra Leone and Liberia, between 2013 and 2015.

The research was published in Lancet Global Health, a medical journal, and the authors claimed that IMF policies of aid cuts between 1990 and 2014 contributed to the spread of Ebola in the three countries.

According to the authors, the IMF had asked those countries to exercise financial discipline and to adopt austerity measures by reducing government spending, including expenditure on those countries’ health system.

For Ghana, there was no Ebola outbreak because the health system was strong.
But, IMF conditionalities in Ghana, although beneficial in solving balance of payments problems, had contributed to making Ghanaians poorer – by demanding withdrawal of subsidies, public sector employment freeze, reduction of government expenditure, targeting low inflation and dismantling pro-poor and social intervention programmes, among others.

I believe the IMF has taken the criticisms against it seriously, although it denied some parts of the UK study.
This time, in Ghana, I expect the IMF to be cautious in limiting public spending in such critical areas as health and pro-poor and social interventions tools, such as the free SHS programme, LEAP and others.