Why do fibroids develop? 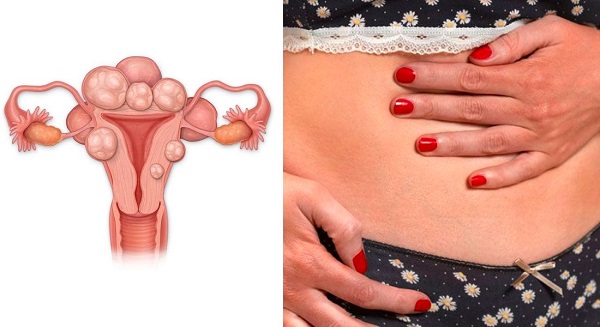 Dear Mirror Doctor, I am a 28-year-old lady who was advised to have an ultrasound scan because of heavy menstrual flow.

The ultrasound scan showed that I have fibroids. Please doctor, why do fibroids develop and what do I need to do about it?
Jemi, Accra.

Fibroids, also known in medical terminology as uterine fibroids, are tumours that originate in the womb or the uterus. They arise from a layer of the wall of the womb where smooth muscles are found.

They are usually round or semi-round in shape and are often described based on their location within the uterus. Those located beneath the outermost lining of the womb are known as subserosal fibroids. These often appear on the outer surface of the uterus or may be attached to the outside surface by a stalk or peduncle.

No one knows exactly why women develop fibroids. Proposed theories include genetic abnormalities predisposing such women to developing fibroids. Other theories suggest alterations in growth factors - proteins formed in the body that direct the rate and extent of cell division and growth.

Thus, with these alterations, the cells proliferate unchecked to form these tumours. Abnormalities in the blood vessel system and tissue response to injury have all been proposed, but the exact cause remains to be proven.

Family history is important as there is often a history of fibroids developing in the family. Race also appears to play a role. In this respect, women of African descent are two to three times more likely to develop fibroids than women of other races.

Women of African ancestry also develop fibroids at a younger age and may have symptoms of fibroids in their 20s, in contrast to Caucasian women with fibroids, in whom symptoms typically occur in the 30s and 40s.

Other factors that researchers have associated with an increased risk of developing fibroids include having the first menstrual period (menarche) before age 10, consumption of alcohol (particularly beer), infections of the womb and hypertension.

The female hormone oestrogen tends to stimulate the growth of fibroids. During the first trimester of pregnancy, up to 30 per cent of fibroids will enlarge and then shrink after birth. In general, fibroids tend to shrink after menopause. Pregnancy and oral contraceptives have both been noticed to decrease the likelihood of developing fibroids.

Most of the time, uterine fibroids do not cause symptoms or problems, and a woman with fibroids is usually unaware of its presence. However, abnormal uterine bleeding is the most common symptom as in your case.

If the tumours are near the uterine lining or interfere with the blood flow to the lining, they can cause heavy, painful and prolonged periods. Some women also experience spotting between menses. Uterine fibroids that are deteriorating can sometimes cause severe, localised pain.

Fibroids can also cause a number of symptoms depending on their size, location within the uterus and how close they are to other organs around the womb. They can cause pain in the lower abdomen, exert pressure on the bladder with frequent or even obstructed urination and painful defecation because the fibroids exert pressure on the rectum.

Fibroids do not interfere with ovulation; however, some studies suggest that the submucosal ones can impair fertility and lead to poorer pregnancy outcomes. For the most part, uterine fibroids that do not cause any problem can be left alone.

In some cases, even fibroids that are not causing symptoms require removal or at least close observation. A rapidly growing tumour is worth careful watch since a very rare (less than one per cent) cancerous form of fibroid is usually a fast-growing tumour and cannot be differentiated from a benign fibroid by ultrasound, MRI or other imaging studies.

Another risk of leaving these tumours alone is that they sometimes grow to a size that eventually causes significant symptoms, thus requiring removal. If fibroids grow large enough, the surgery to remove them can become more difficult and riskier.

Occasionally, fibroids are the cause of recurrent miscarriages. If they are not removed in these cases, the woman may not be able to sustain a pregnancy.

Other techniques of dealing with fibroid without resorting to surgery are usually hormonal in nature and include the use of drugs that turn off the production of oestrogen from the ovaries. These medications are given for three to six months to reduce oestrogen production. When successful, they can shrink the fibroids by as much as 50 per cent.

Mifepristone is an antiprogestin drug that can shrink fibroids. Danazol, an androgenic steroid hormone, has been used to reduce bleeding in women with fibroids. This drug causes menstruation to cease but does not appear to shrink the size of fibroids.

Low dose formulations of oral contraceptives are also sometimes given to treat the abnormal bleeding associated with fibroids, but these do not shrink the fibroids themselves.

Use of oral contraceptive pills has been associated with a decreased risk of developing fibroids, so some women may benefit from their use for this purpose.

The preferred modality of treatment of fibroids is to remove them if they are causing symptoms. This may be done by removing the fibroids alone, a procedure called myomectomy, or removal of the entire uterus which is called hysterectomy.

The decision to do one or the other is taken after considering the symptoms, age, number of children and the risk of keeping it. You should start with a visit to the gynaecologist for a specialist discussion of your problem.

This email address is being protected from spambots. You need JavaScript enabled to view it.
A member of Paediatric Society of Ghana