Why do convulsions come with fever? 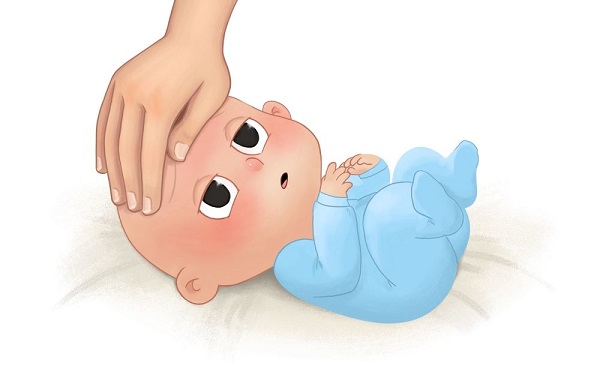 The convulsion happens at the peak of the fever.
30.5k Shares

Dear Mirror Doctor, Can you please educate me on febrile convulsions?

Dear Joana, There are so many things that will make a child convulse. Convulsions may have a predisposing factor in the brain, either from structural abnormalities of the brain itself such as unformed or deformed brain or a growth (tumour) in the brain.

It could also be due to functional abnormalities, that is impairment in the proper functioning of the brain even though the structure remains normal. For the brain to function normally, there should be in the right mix certain electrolytes such as calcium, sodium, potassium, etc.

Gross electrolyte changes such as low calcium levels in the brain can lead to seizures. Other well-known factors predisposing to seizures in the child include birth asphyxia (failure of the child to cry soon after birth, birth traumas, neonatal jaundice, brain malformations, hypoglycaemia (low blood sugar levels), etc.

One notable thing about these kind of convulsions is that most of the seizures occur in the absence of a temperature such as fever. That is not to say that they cannot convulse with fever, but that seems to be the exception instead of the norm.

Children with such convulsions are said to be suffering from seizure disorder. However, there is a well-known entity in the convulsion disorders called febrile convulsions, which really is the question raised by you.

For a child to be diagnosed as suffering from febrile convulsion, certain criteria must be fulfilled. The child must be within a certain age range, which is six months to 6 years of age (some books put it at three months to six years).

The convulsion happens at the peak of the fever. Usually the convulsion is of the tonic-clonic type (jerkiness of the limbs) and involves both upper and lower limbs and not only one side.

Usually, they urinate or defecate during the seizure. The child should not have any already-existing brain abnormality, be it structural or functional, and classically the child goes back to do what he was doing before the seizure happened.

Meaning the child does not sleep after the seizures. We used to say the seizure should not last more than 15 minutes, but serious debate is ongoing about this duration, with five minutes being the preferred upper limit.

The reason why children get this type of seizure is not so clear, but it is linked with the fact that between three months and six years of age, the interconnections within the brain are not fully developed; therefore, they convulse with the slightest of temperatures.

Also, this type of seizure does not lead to developing a seizure disorder in its simplest form. So most of the children who develop convulsion with a fever may never convulse again in their lifetime.

In a bigger chunk of these children, there may be a family history of febrile convulsions in other children.

This is not to say that whenever a child convulses with a temperature, the child should be kept at home. No! A medical doctor would have to assess the child and decide whether to admit or to manage on an OPD basis. Febrile convulsion is always secondary to another condition causing the fever. That is, whatever is causing the fever must be investigated and treated.

Another important thing to remember is that a child convulsing after age six should never be regarded as one with febrile convulsion, whether with a fever or not. The child must be thoroughly investigated to exclude dangerous conditions such as meningitis, brain abscess among others.

It is important to realise that treating these conditions will eliminate whatever is causing the fever and prevent the convulsions. It is also important that temperature control measures such as inserting paracetamol suppositories (into the anus), tepid sponging (using lukewarm water to bathe the child) and light clothing are simple and valuable measures to help control the temperature and prevent the convulsions.

If the child does convulse, the best thing to do is to get the child to the hospital as early as possible. It is absolutely irrelevant to look for garlic or onion to grind and smear the child in an attempt to stop the seizures.

The time used to do these could prove decisive, especially when there is an obstruction to the airways. It would be good to inform the school of temperature-regulating mechanisms if a child has had febrile convulsions before.

Febrile convulsions, though very common, do not lead to a seizure disorder in later life and simple household methods can be used to prevent it. Also, it is secondary to another condition and it must be looked for and treated.... and with proper treatment, the child may never convulse again.

A member of Paediatric Society of Ghana.