What do you know about overtourism? 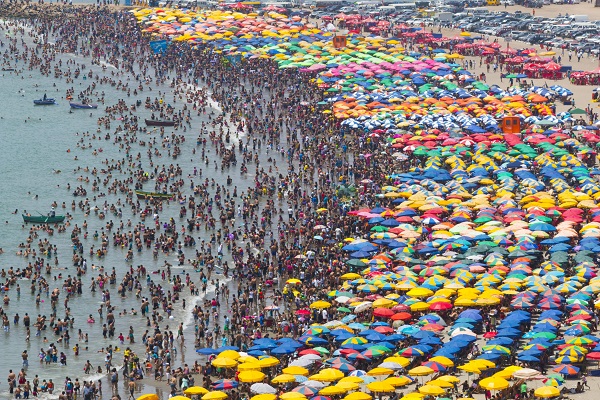 The issue of overtourism is not going away Follow @Graphicgh

Have you ever thought we could have too many tourists? Because of the immense values that tourism brings,  the stance is to get as many of them to visit as possible. And while they are here, the longer they stay the better because they get to spend more dollars.

However, it is wrong to think that it can only bring good. In summer 2017, the media and the travel industry finally began to turn their gaze on the negative impacts of the holiday industry, and the term ‘overtourism’ was coined.

In short, overtourism occurs when there are too many visitors to a particular destination. “Too many” is a subjective term, of course, but it is defined in each destination by local residents, hosts, business owners and tourists. When rent prices push out local tenants to make way for holiday rentals, that is overtourism. When narrow roads become jammed with tourist vehicles, that is overtourism. When wildlife is scared away, when tourists cannot view landmarks because of the crowds, when fragile environments become degraded – these are all signs of overtourism.

The travel industry, like many others, focuses almost exclusively on numbers, arrivals, earnings and growth. There is not as much motivation to

be concerned about impacts. After decades of virtually uncontrolled growth worldwide, it has crossed a threshold. Currently, it is not a Ghana problem. But locally, the signs are there and we must learn about the phenomena. Imagine the local people of Kwahu Atibie beginning to complain about the overwhelming number of tourists during the Easter period.

In many destinations, tourism now demonstrably creates more problems than benefits. This can take many forms; perhaps a million additional tourists are arriving in a capital city, or 20 additional tourists in a small, rural community. Overtourism is not just a big city issue; it has been documented in wilderness areas and national parks, and in places such as the Isle of Skye.

For decades, visitors’ numbers have been rising steadily as anyone who lives in a popular tourist city, or who has visited certain beaches or landmarks, will attest. Currently, there are around two billion tourist arrivals per year – a figure which is growing at a steady six per cent.

The issue of overtourism is not going away. We can expect 20 percent more tourists very soon. Tourism can and must be better managed, to try to create 'better places to live in as well as to visit'

Overtourism is, therefore, not a new problem. However, while the term itself was coined in 2012, it did not hit the headlines until the summer of 2017. This was not because of the increase in tourist numbers, which had not been particularly dramatic. What made the news in 2017 was the sudden backlash from local residents, which had not happened before on any large scale.

There had been a slow drip feed of tourism into cities such as Barcelona, Venice and Dubrovnik, into places one thought of as remote such as Iceland and Skye, and finally, as the balance tipped and this new concept was given a name, the protests spread. There were marches in the streets, graffiti saying “Tourist go home”, and in some cases local authorities responded by increasing fees, refusing to issue permits for more tourist-focused businesses in city centres, and even closing entire islands to visitors. It was these responses which made the news.

Some argue that off-the-beaten-track destinations might benefit from the jobs created, if tourist numbers increased. In some places this is true, but many fragile places (culturally and environmentally) can't cope with large numbers of tourists.

It is hard to say if the strategy of spreading tourists more widely - away from 'honeypots' - could work. Two billion international tourists, a number which is growing fast, takes a lot of accommodating. The problem is not that people want to travel; it is that millions of people all want to go to the same places at the same time. The problem is that these places are also people's homes.