Sacrifices of a mother • Dede Agyarko tells her story

When Dede Agyarko, a clinician, started the journey of motherhood almost six years ago, she had no idea how far that road would take her.

As her son, Owuraku, turned eight months, she noticed that he had some jerky movements which looked unusual. He could have about five of such jerks in a day, and that caused her some anxiety. With her medical background, she knew that the suggestion by relatives and friends that the jerks were hiccups could not be, and therefore she set out to find out more.

But before this, she had noticed that Owuraku was small at birth , an indication that all was not well. Mrs Agyarko recorded a video of some episodes of the jerks and sent it to a pediatric neurologist who had taught her.

The neurologist requested Magnetic Resonance Imaging (MRI) which gave the general diagnosis of epilepsy, and Owuraku was therefore put on some medications which however did not improve his situation.

In a chat in Accra with The Mirror during a visit, Mrs Agyarko said deep down, she felt that something wasn’t right and kept probing.

Before Owuraku turned one, Mrs Agyarko’s husband, Mr Robert Agyarko, who had secured a job as Lead Advisor, Outbreaks and Epidemics, Africa Risk Capacity in South Africa, had to leave Ghana to take up the job in that country, and she had to go with him.

In South Africa, she continued her hospital visits with Owuraku, and therefore could not practice as a clinician because she had to take care of him around the clock. Sometimes, she had to do this alone when her husband had to travel on duty.

Before Owuraku turned one, Mrs Agyarko again noticed that he was extremely hyperactive and wasn’t saying a lot of words.
“The only thing he was saying was mama, mama and not dada. I started worrying then. At the crèche at one year and four months, I realised I could still see those changes. Though the pediatrician would tell you that children develop at different paces, my mother’s instinct felt that all was not well. I knew something was wrong”, she observed.

Owuraku playing on the see-saw

Owuraku’s teacher also noticed that he could not carry out simple instructions and would be running around doing his own thing. He was hardly aware of danger around him, and therefore did risky things which could hurt him like trying to ride a bike he places on a table.

Mrs Agyarko said when Owuraku turned two, she sent him again to see the pediatrician. She asked her to give Owuraku a little more time.

“But the energy was too much, he didn’t only have speech delay but was blabbing in school, he could hardly concentrate and was distracting the other children during lessons to the extent that the school had to get him a different attendant to take care of him”.

According to Mrs Agyarko, the situation continued for some time until she was called to the school one day and told about their observations and a recommendation was made that he be taken to a school for children with delayed speech.

“That day, I broke down and cried in front of the teachers; my fears had been confirmed”, she admitted.
Mrs Agyarko has had to stay with her son on many admissions for other conditions such as respiratory tract infections at the Emergency Unit with high fever and a lot more.

“The yearly Electroencephalography (EEGs) and MRIs. I have seen more specialists in my life than throughout my practice’, she recalls.

An EEG is a test that detects abnormalities in brain waves, or in the electrical activity of the brain.

At age four, Owuraku was fully diagnosed with Attention Deficit Hyperactive Disorder (ADHD) and Global developmental delay at age three. ADHD is one of the most common neurodevelopmental disorders of childhood. It is usually first diagnosed in childhood and often lasts into adulthood. Children with ADHD may have trouble paying attention, controlling impulsive behaviours without thinking about what the result will be or be overly active. Global developmental delay is an umbrella term used when children are significantly delayed in their cognitive and physical development.

Owuraku is currently on medications and therapy, including speech and occupational. 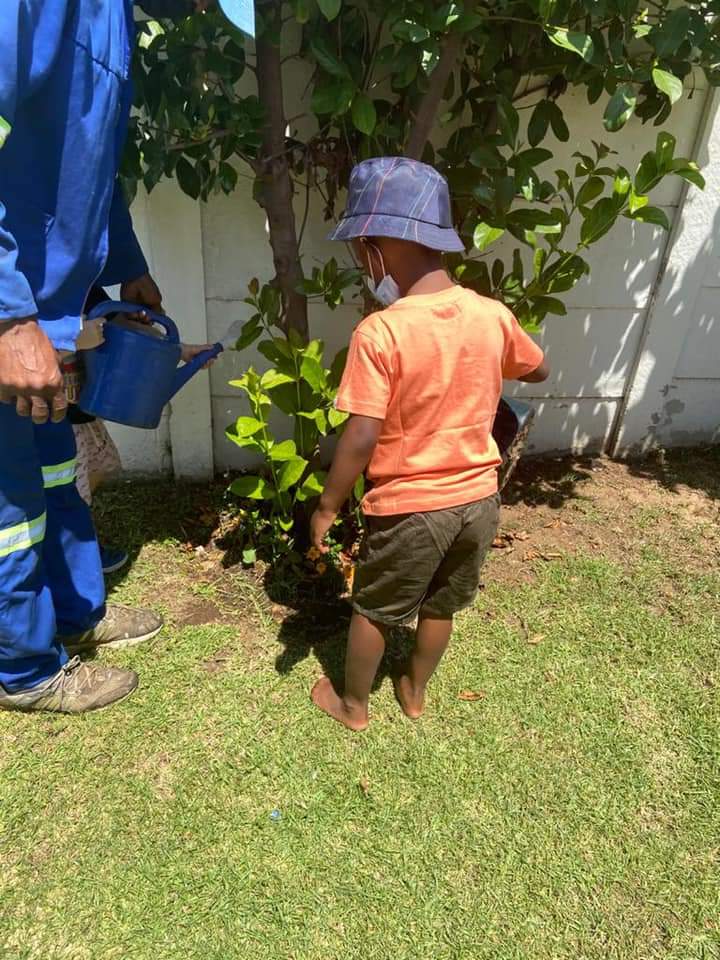 “But we are not totally out of the woods. We are not there yet. He is in a school that deals with ADHD and speech delay and other cognitive delays and beginning to get around. I have been a full time care nurse/doctor, mummy, everything for him and our other kids. It has been like a roller coaster for me.”

Asked how she copes with her challenges of motherhood, Mrs Agyarko said, “Sometimes, I would cover myself with a blanket and cry when I am alone. I ask myself, Why me? But I see that Owuraku has thought me to be a very patient person, more friendly and kind towards others”.

“I take some time to hang out with a few good friends to unwind and I have had a fair share of therapy at a point where I was simply overwhelmed”, she disclosed.

Mrs Agyarko volunteers as a class mom in Owuraku’s school, helping the teachers to plan activities for the children.
She has been able to capitalise on her love for fashion to start her own online business called Gens Emporium, selling ladies clothing, doing personal shopping and styling- offering advice to a number of clients. 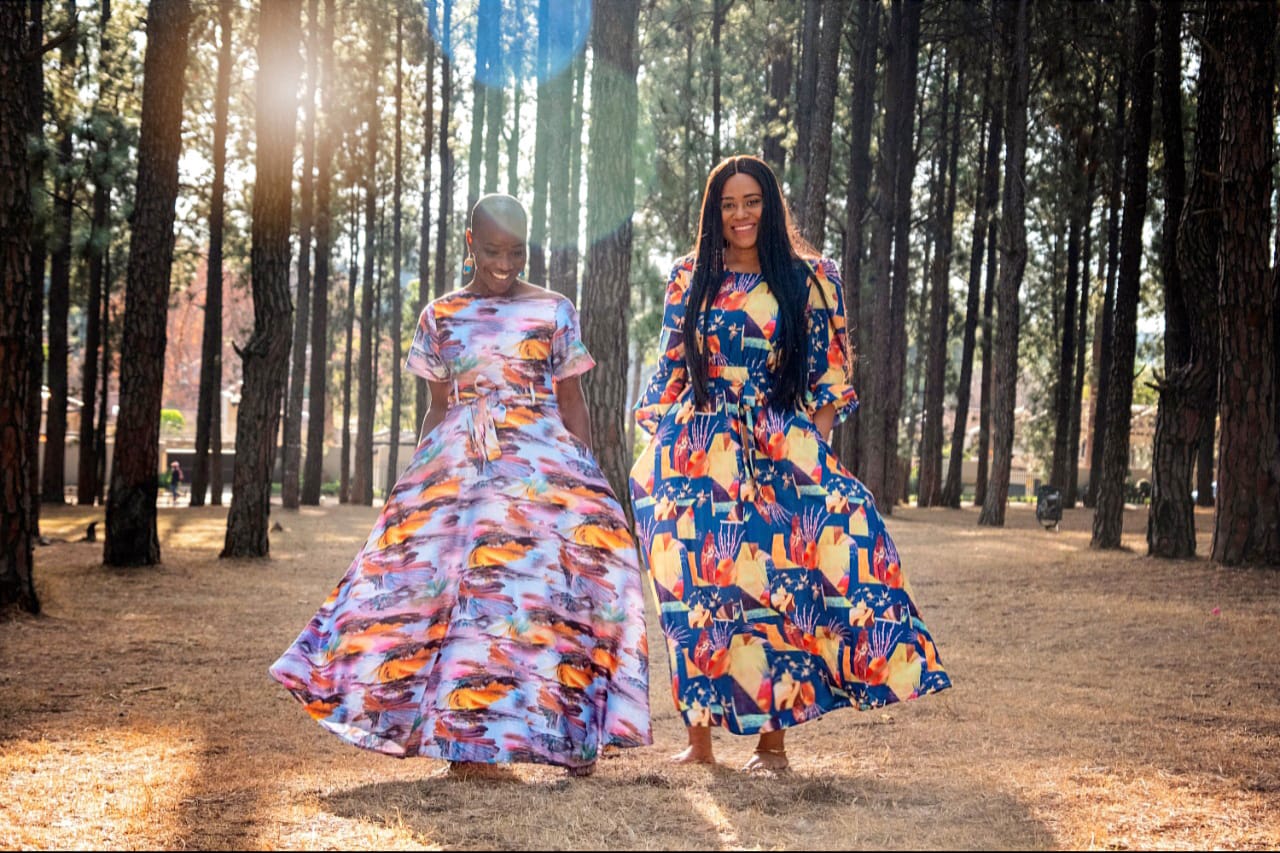 Modelling some of her clothes for sale

She says it was a tough decision to make “because I was scared to fail. But business has been okay”.

Mrs Agyarko advises parents to look out for unusual signs and symptoms in their babies and broaden their knowledge by reading about childhood development and milestones.

“If you see or feel your child is lacking in a certain area of development, see a professional. It is better to rule it out or get an early diagnosis than wait for things to get complicated. It is not fair that we rather tag children who need our love and attention as stubborn and treat them badly “, she explained..

It is her wish to establish a facility that caters for children with special needs in Ghana because she realises that such children have very limited opportunities.

On July 17, Mrs Agyarko will be 39 and prays for good health and strength to continue with the journey of motherhood.