Potbelly at peak of famine 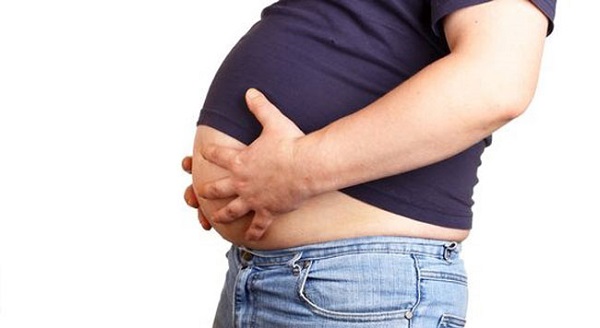 When our political leaders say they are together with us in this economic meltdown, you wonder if they understand what they are saying
30.5k Shares

The fable is told of a kingdom led by the lion. He and his family were greatly esteemed and given the royal admiration they deserved. They lived in a beautiful palace built at the expense of the sweat and blood of their people.

The lion and his family had all the privileges they wanted but day in and day out, they asked for more. They wanted a new palace.

They claimed the one they were occupying was not luxurious enough. In the middle of building the new palace with a new levy imposed on the helpless subjects, famine struck.
Food was almost hard to see let alone get. The little food available was pricey. The animals had to travel from kingdom to kingdom in search of food while still paying their levy.

Despite the famine, the new, more luxurious palace was being built. Sometimes, the builders had to go days without food and water.

At the peak of the famine, the lion decided to address his subjects. He climbed the podium majestically, flanked by a newly constituted community of elders. The king emphasised the importance of the new palace to him and future kings while his elders nodded in awe.

At the climax of his speech, he passionately described how much the famine had had a toll on them all, especially his family. He added that he had even been without food for close to a month as a token of sympathy for his people. They all applauded.


As he descended from the podium, his cloak fell. And… there stood the glaring evidence he had been hiding from many ─ a glittering potbelly!
Times are hard. You do not need to be a soothsayer to know this. Within a few months, the cost of living has exponentially shot through the roof and one cannot help but wonder how many people can daily afford, at least, one balanced diet.

For the first time, many staunch believers of the Ghanaian dream will not think twice about abandoning this nation if given the opportunity. Many people who had sworn to stay to help build Ghana to become a tourist destination are reconsidering their oath because they cannot afford survival in a place where things keep getting worse by the day.

When our political leaders say they are together with us in this economic meltdown, you wonder if they understand what they are saying because what we see contrasts what they say. We cannot be together when one faction keeps living in luxury while the other suffers in abject penury. We cannot be in a situation together when one party keeps growing a potbelly!
Of a truth, the politician who buys nothing cannot understand the pain of the citizen who buys everything. Politicians in power get almost all their bills paid for them by the ordinary citizen.

Thus, they barely understand the sufferings of these citizens. As a politician, telling these citizens you sympathise with them is the greatest mockery ever.

Despite the tough economic times we have been plunged into, a government with over a hundred ministers claims “we are in this together”. In the hard times we find ourselves in, there have been no pragmatic steps to cut down on expenditure. We definitely cannot be in this together!

Mind you, citizens only understand “we are in this together” by the uncomfortable path they see their leaders charting. To convince them in their heads, they need to see a lot of ‘normal’ government businesses cut down.

To convince them in their hearts, they need to see the sacrifices and efforts leadership is making to make their lives comfortable, even if it means making leadership uncomfortable.
“We are in this together” is not by speech. It is by action. It means focusing on spending on needs and not wants. No one will believe a mourning king who is growing a life-threatening potbelly. Cut down on the potbelly before you preach sympathy!

When politicians say they are in a financial turmoil together with the ordinary citizen, what exactly do they mean? Of course, they cannot relate to what they barely experience.
They cannot relate to the pain of those who pay for everything simply because they pay for nothing.

Never fall for the deception that a politician understands your pain. Well, many of them don’t. You both are not the same, hence, cannot share the same pain. It is like a bachelor telling a divorcee they understand their bitterness. Though they may have good intentions, they can never relate to the pain because they haven’t been there yet.

A man in a yacht can only imagine the pain of another man in a boat. Though they may be on the same waters, they have different challenges and priorities. If our politicians want to relate to our pain, this is the time to get off their yacht and join us in our boats. The rising cost of fuel alone will be enough to humble them.

The writer is a playwright and Chief Scribe of Scribe Communications, an Accra-based writing company (www.scribecommltd.com). Order copies of his animation book, Animuonyam The Bully Stopper, via 0243752793. His next play, Once Upon A Riddle, shows on December 10 at National Theatre.