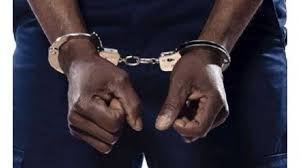 A 26 year old man has been sentenced to 10 years imprisonment for defiling a 15-year-old junior high school graduate by a circuit court in Accra.

Michael Akuffo pleaded not guilty to the charge but at the end of the trial presided over by Mrs Christiana Cann, he was found guilty and handed the sentence.

Background of case
Inspector Opoku Aniagyei told the court that the complainant, Gifty Mensah, the mother of the victim and the convict, live at Teshie Tebibiano, in Accra.

He engaged her in a conversation that he needed dried coconut to buy. The victim, however, told him they do not sell coconut and he left.
The victim later went to their porch, laid in a swing chair and slept.
While she was sleeping, Michael sneaked into the house and sexually abused her.

After the act, he left. In no time, the victim’s elder sister, Priscilla Adjepong, returned home and the victim narrated her ordeal to her.

Later, the accused person came back to the complainant’s house holding a bottle of drink he had bought for the victim but was accosted by Priscilla.

The victim’s parents were informed about the incident on phone and upon hearing the news, they immediately rushed home and met the convict.

They sent him to the Nungua Police, Domestic Violence and Victim Support Unit, (DOVVSU) where a complaint was lodged.
A medical form was issued to the victim for examination and treatment.

The convict in his caution statement to the police however, admitted the offence.