BY: The Mirror
Category: Life 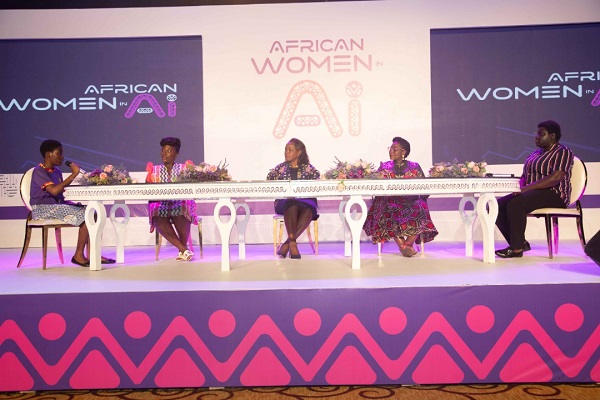 Stakeholders at African Women in Artificial Intelligence (AI) Summit have called on African women to increase their presence and inclusion in the field of AI.

The summit organised by the Tony Blair Institute is a platform that promotes knowledge sharing within the African community of women in AI, discusses opportunities, innovations and builds bridges between AI enthusiasts and the business world.

The stakeholders stated that an increase in women participation in AI would fill gender and leadership gaps.

“AI is one of the fields in which women can experience tremendous success. The notion that it is difficult should be broken and when this happens, a lot of women will be interested in joining the sector,” they asserted.

Excellence
In a speech read by Madam Veronica Sackey on behalf of the Minister of Communications and Digitalisation, Mrs Ursula Owusu-Ekuful, the minister said the quest for excellence in AI and other emerging technologies was a journey, not a race.
“Adopting AI in Africa is not a goal in itself; the goal is to use AI as a tool, alongside many others at our disposal, to deliver economic and social transformation for Africa’s citizens,” she said.

SDGs
Furthermore, the minister added that for AI to deliver for Africa’s citizens, “it must be adopted responsibly and it should be centred on goals such as the Sustainable Development Goals (SDGs)”.
Mrs Owusu-Ekuful continued that AI stood on the prerequisites of digital and regulatory infrastructure such as internet access and digital literacy.


“These foundational elements must be addressed meaningfully to ensure that technology benefits everyone,” she said.
Subsequently, she noted that the government was putting in more work to accelerate interest in AI.

Future
For her part, the Director of the Tony Blair Institute’s Technology & Development Policy Unit, Sinit Zeru, also stated that AI was increasingly dominating the way things were done, and so it should not be taken for granted.

“The Tony BIair Institute’s (TBI) report, titled ‘Reaping the Rewards of the Technology Revolution: How Africa Can Accelerate AI Adoption Today’, delves into the potential of AI in Africa, given projections that it could contribute up to $15.7 trillion to the global economy by 2030,” she added.

Furthermore, she stated that the report also celebrated developments in the AI ecosystem through start-up acts and research hubs and it hosted a toolkit to help policy makers accelerate AI adoption for positive, long-term economic and social impacts, “an indication that AI is another dimension in which justice, equality and representation must be fought for”.