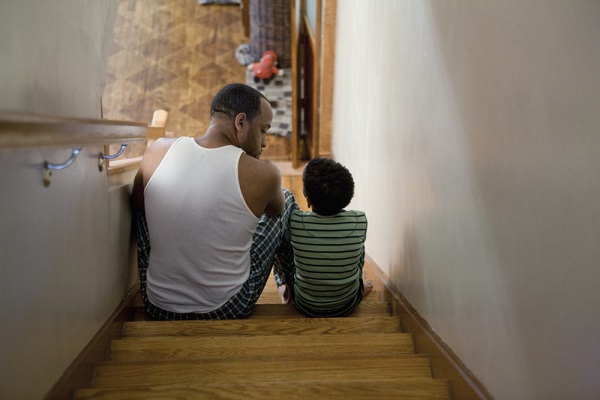 The history of divorce -legal separation of marriage- dates back to antiquity. From ancient Mesopotamia to the Roman Empire, divorce existed but on a small scale.

However, today, divorce has reached epidemic proportions and most partners have become victims of this monster.

In fact, global studies show 60 per cent of all marriages break down and some sociologists predict that if marriage continues to fail at the present rate, it could be extinct in 100 years and be replaced by cohabitation or ancient Amazon culture, where men and women stayed separately and would meet at a neutral ground occasionally.

It is also a fact that divorce is a leveller, with victims cutting across from rich to poor, young to old, Christians to non- Christians. The lifespan of marriage also has a wide spectrum. For example, while a client’s marriage lasted just a day, in 1984, Simon and Ida Stern of US ended their 60-year-old marriage when he was 97 and she 91!

Causes of divorce
The main cause of divorce is lack of understanding of God’s plan and purpose for marriage that shows marriage is forever.

Many, however, go into marriage with the unrealistic expectation of living happily ever after. Soon, they see the hard realities of marriage and have the myth that life outside marriage is better and an easier option.

The number of situations which break up marriages is almost limitless; some serious, some obvious and some so hidden that partners fail to see their full responsibilities. Many do not prepare adequately for marriage and marry for wrong reasons like money, beauty, fame, power and convenience. Some think all they need is love, even when they have poor understanding of love.

Some experts attempt to list major and minor causes of marriage breakdowns, but the fact is that every marriage is different. What appears minor to a couple, may be a major issue to another. We can, however, say that the major causes of divorce are lack of appreciation of our differences, unrealistic expectations, money, childlessness, disappointing sex, poor parenting, infidelity, in-laws, neurotic trait and social factors like friends and work.

Signs of failing marriage
No marriage breaks down suddenly. Many symptoms show but many partners fail to see them or are unable to handle them effectively. There may be withdrawal, change of interest, secrecy, lack of commitment and selfishness.

Other signs include dishonesty, inequality, intolerance, abuse, immorality and quitting habits. The baseline is that communication breaks down and partners are unable to share their interests, needs, values and vision, such that their partners cannot understand them.

Effects of divorce
Irrespective of who is the cause, divorce has harmful physical, emotional, social and economic effect on individuals.

You develop greater anger, bitterness, distrust, stress and depression. You live in fear and anticipate failure. This creates lack of confidence and negative emotions. Stress from divorce also breaks down your immune system and this predisposes you to many diseases like stroke, high blood pressure, heart failure and diabetes.

God hates divorce. Divorce is, therefore, a grave sin, because you break what God says must not be broken (Matthew: 19). You contend with your Maker and put yourself out of His many blessings. You risk your salvation.

Children are affected most in divorce. Losing one parent creates the fear of being abandoned. They develop emotional trauma and lack of self-confidence. They tend to have greater health problems as compared to those in normal families. They tend to be unloving, unforgiving and revengeful. They also become prone to behavioural problems like personal instability, relational difficulties, sexual

promiscuity and substance abuse. They tend to have fear of commitment and majority of them become victims of divorce when they marry.

Families are the building blocks of the church and society. Unstable marriages create unstable churches and societies. Emotional hurts from divorce spill over to hurt neighbours, family members and work. The present acts of indiscipline in our society can be traced to our failing marriages. Divorce and remarriage not only defile the couples, but on the land on which they live (Jeremiah 3:1)

Thinking of divorce?
Divorce is like a roaring lion seeking someone to devour. No one is exempt. You are therefore not alone if you think you want divorce. Fact, however, is that once you become a victim, divorce may destroy you for life. It harms you mentally, emotionally, physically, socially, financially, socially and spiritually.

A marriage psychologist refers to divorce as a major surgery without anaesthesia, with the pains never going away. Divorce has therefore never been a solution but always the problem. This explains why about 90 per cent of partners who divorce regret their action and wish they had been more patient to work on their marriages.

The message is simple; divorce looks an easy option when you face challenges and think life without it would be better, but once you leave, you lose so much positive energy, that you are never the same again. You have nothing to gain from divorce but everything to lose.

Therefore, never make divorce an option. Instead, commit yourself to the permanency and sacredness of marriage. With hard work, honesty, commitment, effective communication, forgiving spirit and prayer, you can make your marriage fulfilling and a gospel to others