'Tallest' man from Ziope in Volta Region appeals for footwear 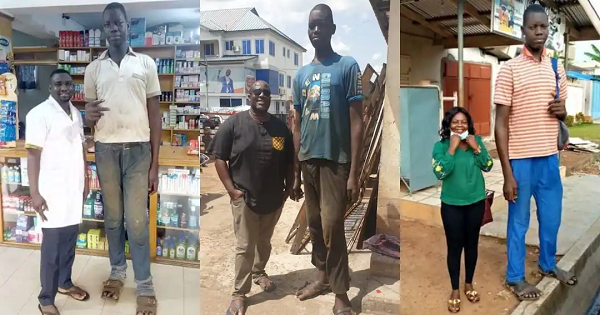 Charles Sogli, a 22-year-old man, who is nearly eight feet tall, has appealed for some customised footwear and working gear to keep him in his welding and metal fabrication job.

He also needs a special vehicle to aid his mobility.

The young man, believed to be the tallest man in the Volta Region, said he dropped out of school because he could not get footwear for the size of his feet and feared the same fate could truncate his apprenticeship as a welder.

He is the third of five siblings and the only one with the unique feature.

The young man told the Ghana News Agency (GNA) that he enrolled as a welder and metal fabricator apprentice in Ho about a year ago, with challenges of not getting appropriate footwear and working gear for the job.

Sogli also said it was difficult for him to use commercial vehicles due to his height, with many commercial drivers denying him their services.

"He is a good, quiet and peaceful person. All he needs is appropriate footwear and working gear for his size and may be a special means of transport- a special car," he said. 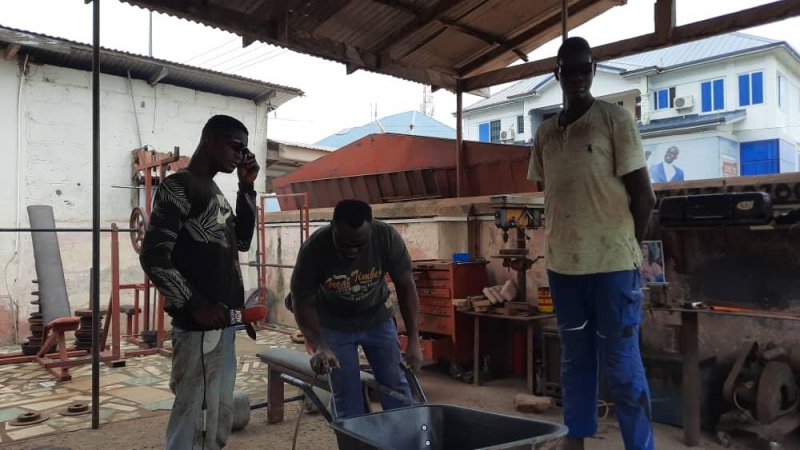 He told GNA a shoemaker got him footwear for work but, "It is not protective".

Metal fabrication is the creation of metal structures, which involves cutting, bending and assembling processes.