Any laws barring AS couple from marrying? 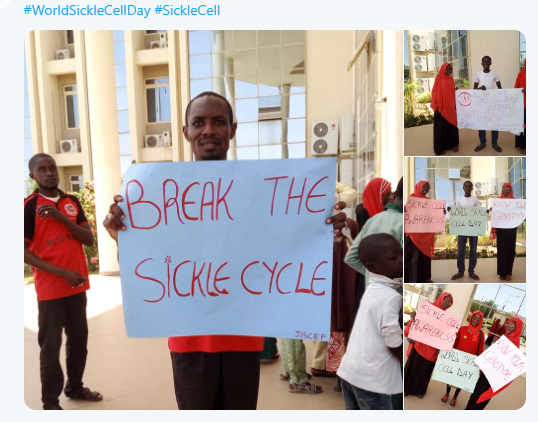 Dear Mirror Doctor, Please are there any laws barring two people with AS genotype to marry? I need your frank opinion.

To the best of my knowledge, there are no legal laws barring people from marrying because of their sickling status. There are however medical reasons why a union of people with AS genotypes called traits is discouraged. This discouragement stems from the fact that they can give birth to a child with sickle cell disease with all the attendant problems.

This could be in combinations as AS,AC,AE, etc, but not the disease. People who carry the trait don't have sickle cell disease or exhibit any signs of the disorder but they can still pass the disease on to their children. When two people with AS marry, there is a 25 per cent chance with each pregnancy that the child will have the sickle cell disease. When one parent carries the trait and the other actually has the disease, the odds increase to 50 per cent that the child will inherit the disease with each pregnancy.

The normal haemoglobin gene can take on an abnormal shape, distorting the shape of the red blood cell. Sickled cells change from a normal round, doughnut shape to the elongated shape of a sickle, or letter "C". Sickle cells are usually stiff and pointed, unlike normal red blood cells which move easily through small blood vessels. Their shape means that they have a tendency to get stuck in narrow blood vessels and block the flow of blood. This can cause severe pain in the child and lead to organ damage due to the cells not getting enough oxygen. Sickle cells have a shorter-than-normal life span, which leads to a low red blood cell count. Normal red blood cells can live up to approximately 120 days, whereas a sickle cell lives for only 10 to 20 days.

Children with sickle cell have a lot of challenges as elaborately explained last week and some border on losing the child if care is not taken. It is for this reason that such marriage is discouraged.

Besides a bone marrow transplant, there is no known cure for sickle cell disease. Transplants can become a complicated procedure and are not advised for everyone. To qualify a child would need bone marrow from a "matched" donor with a low risk of being rejected. There are significant risks towards the procedure, along with a high chance of rejection of the transplanted marrow.

Even without a cure, children with sickle cell disease can lead very normal lives. Certain types of medication can be taken to help manage the pain, and immunisations can prevent infections. Infants and young children usually require two daily doses of penicillin, until they are at least five years old. With the pneumococcal vaccine introduced into our expanded programme on immunisation, use of penicillin prophylaxis will phase out. They should also be fully immunised with all regular childhood vaccinations. Daily vitamin supplements, such as Folic acid which can help a child produce new RBC's are also advised. Children who develop serious complications such as anemia or stroke may receive regular transfusions of red blood cells to prevent or treat these complications.

There are other drugs that are currently helping to increase the amount of a certain type of haemoglobin usually produced by the fetus called fetal haemoglobin(HbF). These drugs are routinely not given to patients with SCD in Ghana except with serious complications such as stroke. An example is Hydroxyurea, which interferes with the sickling process and makes red blood cells less sticky. This helps decrease the number and intensity of painful episodes and other complications.

Children with SCA should also drink plenty of fluids and get plenty of rest. It is also advised that children avoid extremes of temperature. The average life span for someone with sickle cell disease is at least 40 years old, and many even longer.

So now I have given you the effects of sickle cell on the child. It is emotionally challenging sometimes looking after a child with sickle cell disease especially with the frequent hospital admissions and complications that sometimes border on fatalities. Professionally, I will discourage such union if you desire to have children since even though the chance is 25 per cent, it can translate to all children that you have coming down with the disease.

The Mirror Doctor is a member of thePaediatric Society of Ghana. E-mail:This email address is being protected from spambots. You need JavaScript enabled to view it.