A mother’s assignment to honour son 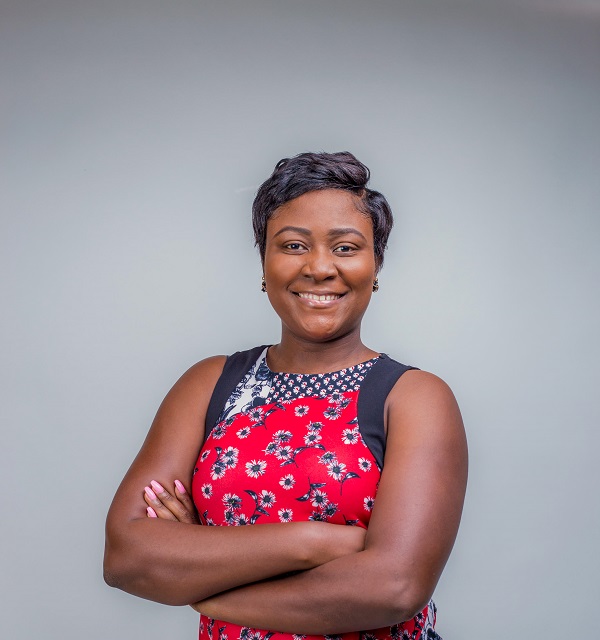 On the cover page, Ms Cordelia Ama Selormey wears a beautiful smile but behind the smile lies many unanswered questions, sleepless nights and anxiety.

Keli, as he was affectionately called by family and close friends, died on April 9, 2021, while receiving treatment after undergoing two successful surgeries to remove a brain tumour, and was buried on Saturday, May 8, 2021.

News of his death set social media on fire as funds had been raised to support his surgeries few days before his demise. Some celebrities, the media and social media influencers had spearheaded the fund-raiser which yielded positive results.

A target of $30,000 and more estimated to cover his treatment process was raised and prayers were said by people who knew his mother or family as well as strangers. His death therefore hit many in different ways but it was his mother, who had raised him single-handedly with the support of family that most people condoled with. 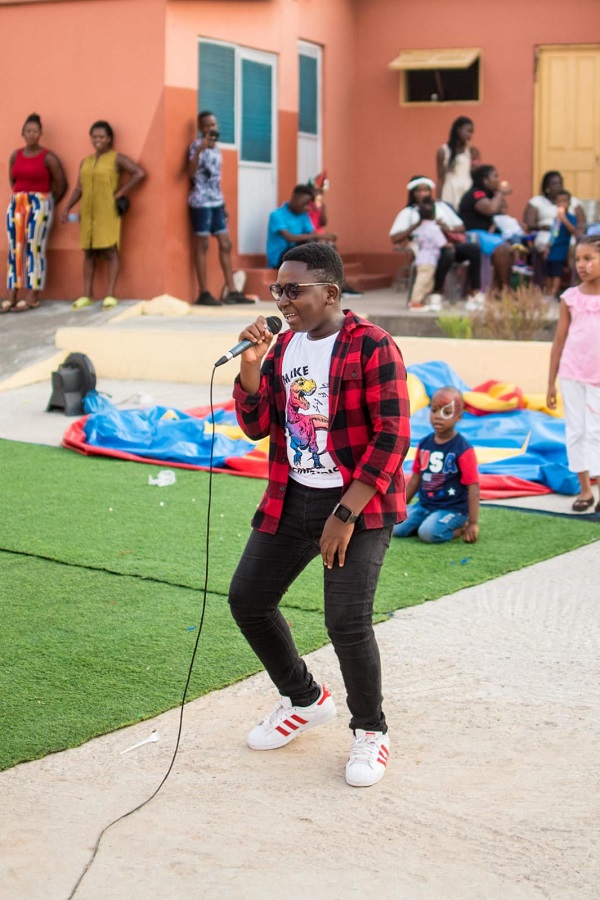 On May 7 this year, Ms Selormey launched a foundation, her memoir and released three songs recorded by Keli before his demise.

It’s a little over a year since her son passed and to her, these initiatives were assignments from her son before he died.

“After his first surgery in Korle Bu, we were still on admission waiting for the second surgery when he requested that we raise funds for Tsatsu, a boy on admission who needed to undergo a surgery but his parents had exhausted their money having paid for two earlier surgeries. Then, we didn’t even know how much his own surgeries will cost but he managed to convince actress Naa Ashokor to use her social media handles to raise funds for the boy.”

“Fortunately, she was able to raise more than what Tsatsu needed and even supported other patients at the unit. Then, he spoke about setting up a foundation to help children who were going through his situation and needed financial assistance. So that was the plan if he was going to come out of the hospital,” she explained.

Michael Kofi Asiamah Memorial Foundation
Ms Selormey said she felt the first memorial after his death was the best time to start such a campaign not only to support needy children with similar conditions but also to raise funds to buy some equipment for the neurosurgical unit of the Korle Bu Teaching Hospital.

“It has taken a year because I had to go through many therapy sessions. I have not recovered; I don’t think I will ever recover from the loss of my son but I think it is the right time to start an initiative in his memory that will save the lives of others. The situation at the neurosurgical unit where he died hasn’t changed. Things are still the same and so starting this initiative early will help save lives.” 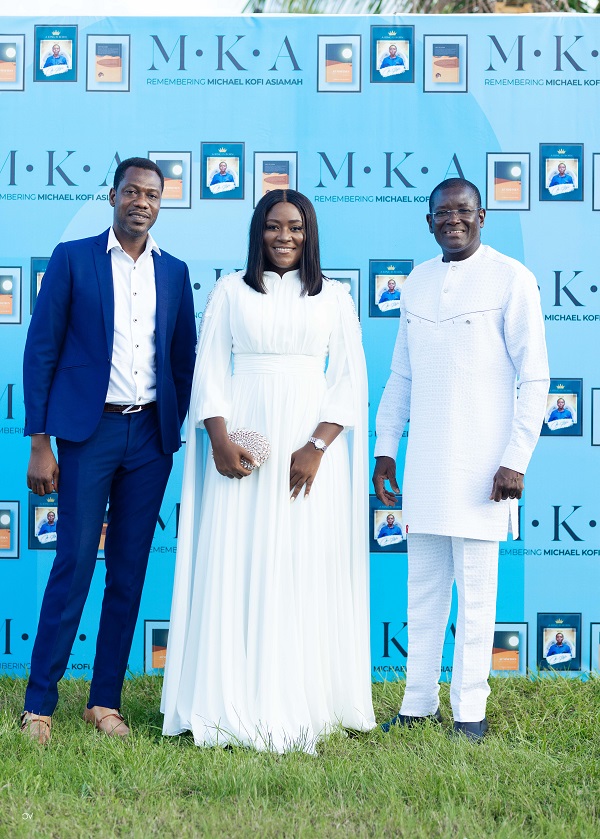 Ms Selormey is joined by Dr Hadi Mohammed Abdullah (left), a Senior Neurosurgeon who led Keli’s surgeries and Bishop Eddy Addy who Keli eulogised in one of his songs

“I thought of ways to try and raise money and I knew I wanted to share the story about my son and there was no better way than to put it in writing and so I put together, At Nineteen, Bracing The Odds Of Teenage Pregnancy.”
Ms Selormey said prior to his death, Keli had recorded six songs. Three of the songs were released at the launch of the foundation with proceeds from sales of the book and songs going to support the Michael Kofi Kekeli Asiamah Memorial Foundation.

A year without Keli
The months following the death of her son has been difficult, “There are times I can’t feel myself, there are times I feel I’m going crazy, I have been put on medication at some points. It affects my relationship with other people. I’m trying hard to live and not think about what has happened. There are days I wake up and want to continue living like a “normal” mother; run school errands, etc, but I can’t.

“Going back to church months after it happened has helped. After his death, I was so upset with God for everything that happened. Combining church with therapy has been helpful. The depression is getting better but the anxiety keeps increasing.”

She said the death of her eldest son had affected the relationship she had with her younger son who is five. Continuously, the five-year-old asks to see his brother and that even makes it more difficult for her. 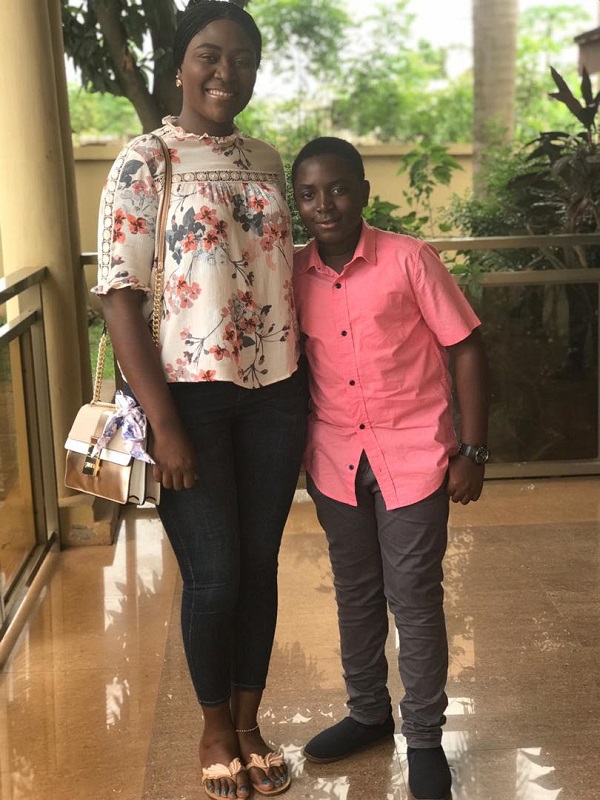 In this book, Ms Selormey shares her journey from age 19 when she got pregnant with her son

“In the past year, I have relied on my brother and his wife to take care of him, take him to school, hospitals and other social activities. Hospitals still scare me; I can’t do the school rounds because I used to drop the two of them together and the thought of going there without Keli breaks my heart.

Writing the memoir
In her book, Ms Selormey shares her journey from age 19 when she got pregnant with her son. She details of the struggles she had to endure before his birth, their challenges, good days, his diagnosis and admission at the Korle Bu Teaching Hospital and sadly, his demise.

She admitted that writing it wasn’t easy saying, “people look at me and say, “you are so strong, you are doing so well” But honestly, I don’t even know what keeps me going. I only knew that it had to be ready by the memorial. There were instances I broke down or got angry during the writing process. My proofreader had to put a lot of pressure on me to get it done and I’m happy we were able to get this done”.

She hopes that her story is able to inspire other young single mothers to keep pushing despite the many hurdles.

These equipment do not come cheap and it is for this reason that she is appealing to the general public and organisations to support her raise the money.

“Doctors spent close to 40 minutes trying to resuscitate his heart manually because there was no defibrillator at the unit. And this is a unit that performs major surgeries. Many people have died at the unit due to lack of resources and this is the premier hospital in Ghana. The health experts are doing their best, working around the clock but without the right resources, they can only do their best.”

“People can support this initiative by contributing cash or buying my book which is available on booknook.store and Amazon or by streaming Keli’s songs on Boomplay, iTunes, audiomack, Spotify and YouTube.” 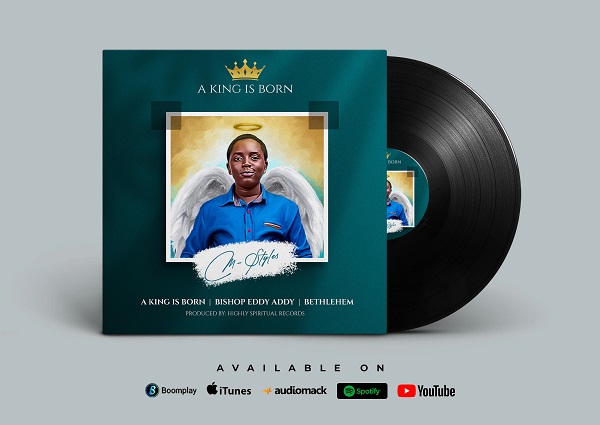 She expressed gratitude to her family, friends and everyone who supported them in different ways during the surgeries, funeral and launch of the foundation.

“There’s an endless list of people who have shown us love and who have been there throughout the period. I’m grateful for the love and support and know that Angel Keli is smiling down on all of us.”