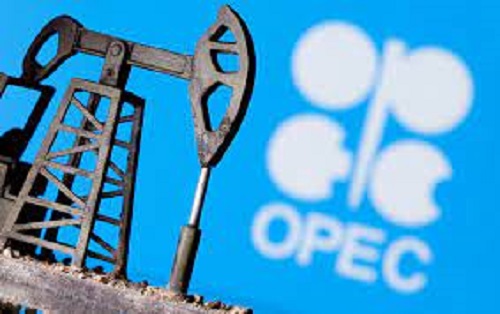 Islam is defined as “the religion of the Muslims, a monotheistic faith regarded as revealed through Muhammad as the Prophet of Allah”.

This definition is taken from Oxford Languages online.
That dictionary defines the word, Islam, as “submission to the will of God”.

Muslims are monotheistic and worship one, all-knowing God, who is known as Allah.
All Muslims, according to the dictionary, “aim to live a life of complete surrender to Allah”.

In pursuit of their belief in Allah, God gave to Muslims through Prophet Muhammad (Peace be to and blessed be his name), principles and guidelines that must be observed in all spheres of life.
Business principles are part of the general guidelines.

They constitute a framework of principles through which Muslims are to “conduct business in a just, fair and ethical manner”.
My source online, getrizq.co. presented the Islamic business principles in five forms – selling of lawful items; honesty; good treatment of staff; absence of deception or fraud and charity.

The first principle enjoins Muslims to trade in items permitted by guidelines as presented by the Prophet.

Trading in, for example, alcohol, tobacco, pork, pornographic materials and services and “interest-based debts” is forbidden.
Honesty is the second principle. It seeks to give Muslim businessmen and women strong guidance in being honest and upholding integrity in all business activities.
T

o Muslims, extra emphasis is put on adherence to honesty and integrity.
According to Prophet Muhammad, “the honest and trustworthy merchant will be with the prophets, the truthful and the martyrs’’.

A good and lasting employer-and-employee relationship is the third principle.
The fundamental rule of Islamic business is the good treatment and timely payments to employees.

Prophet Muhammad has been quoted as saying: “Give the worker his wage before his sweat dries.”
a similar quotation, the Prophet said: “Whoever employs someone to work for him, he must specify for him his wage in advance.”

In Quran sura 5:1, Allah enjoins: “O you who believe, fulfil your contractual obligations”.
The idea is to emphasise the importance of all parties in business contracts to abide “by their side of the bargain”.

The fourth principle forbids deception or fraud in business.
Valuing the counterpart and upholding their integrity is a key principle of Islamic business.
Deception and fraudulent behaviour are completely prohibited.

This principle ensures that we not only be honourable in our transactions but we value and respect the people we trade with too”.

The Holy Quran is quoted to support the principle: “O you who believe, do not consume one another’s wealth unjustly but only (in lawful) business by mutual consent… whoever cheats us is not one of us.”
Charity is the last of the Islamic business principles.

Prophet Muhammad enjoined traders and business men and women to give charity.
He was quoted as saying: “O businessmen, transactions carry lies and falsehood, so, add charitable giving to your businesses (to mitigate wrong doing)”.

Getrizq.co interpreted the principle of charity as “not only monetary payments to the needy and poor but to climate change, trying to minimise waste and adopting a zero-waste economic model…”
Islam has, in addition, set out moral codes with regard to doing business in the marketplace.

It has established ethical marketing codes to guide business conduct.
The marketing ethics are aimed at “maximising equity and justice for the welfare of the society”.
The codes prohibit customer exploitation and dishonesty, fraud and deceit in business.
Another concept aimed at promoting ethical conduct in business in Islam is what is described as “Islamic moral economy”.

This concept is defined as an “approach to and process of, interpreting and solving the economic problems of human beings based on the values, norms, laws and institutions found and derived from sources of Islam”.

In the preface to a book, Islam Business and Ethics (2003), by Dr SM Hassanuzamen, the author emphasised that wealth should not be made the object of worship and that self-interest should give way to the duty of social welfare in line with ethical values presented by the Quran and Prophet Muhammad.

On mechanism of market operation, the author wrote that Islam “allows free operation of market forces only for as long as one benefits without damaging other interests”.

“Islam disciplines businesses so as to stop injustice and exploitation of any sort due to man’s love of wealth and his desire to maximise his earnings and get rich overnight.”

According to the author, Islam seeks to control and discipline these instincts by instilling in man a firm belief in a one and only omnipotent, omnipresent and omniscient God and all his attributes.

On market mechanisms, the author wrote further, “The market mechanism calls for the unhindered interplay of the forces of demand and supply in determining the price of a product”.

“Price reacts to supplies and shortages. What the Islamic system of values ensures is that supply should not be artificially suppressed or withheld or should demand be artificially created.”
Prophet Muhammad, according to the author, refused to interfere with the free operation of the market forces.

However, the Prophet abhorred unfair, dishonest and unjust practices such as market-forces manipulation, and hoarding with the view to creating artificial scarcity.
Prophet Muhammed sought to regulate demand “by rejecting the dictating of arbitrary price by monopoly purchasers’’.

The Prophet also placed restrictions on advertisement of products to create unfair advantage.
The Organisation of Petroleum Exporting Countries (OPEC) is a petroleum cartel founded in Bagdad, Iraq, in 1960.

Until 1999, OPEC had been operating without strict adherence to supply quotas.
From 2000, OPEC started to strictly apply the supply-cut mechanism to create shortages and increase prices.

In 2008, ultra-high inflation fanned by high crude oil prices (more than $140 a barrel), caused the Global Financial Crunch and threw the world economy into the Great Economic Recession.

In 2016, OPEC invited a number of non-member countries to form OPEC-Plus that include Russia. The objective was to reinforce the group’s manipulation mechanism and to whet their appetite for huge profits.

Global crude oil prices have remained high in 2022, between $90 and $123 a barrel.
Presently, more than six members of OPEC are Muslim nations. Qatar and Kuwait pulled out earlier.
Saudi Arabia, UAE, Iran, Iraq, Algeria, Libya and Nigeria are Muslim countries where moderate or strict Sharia laws are practised. Islamic business principles are part of Sharia laws.

Why is the Islamic world unconcerned while OPEC, a camaraderie of some oil-exporting countries, is driving the world economy into recession?